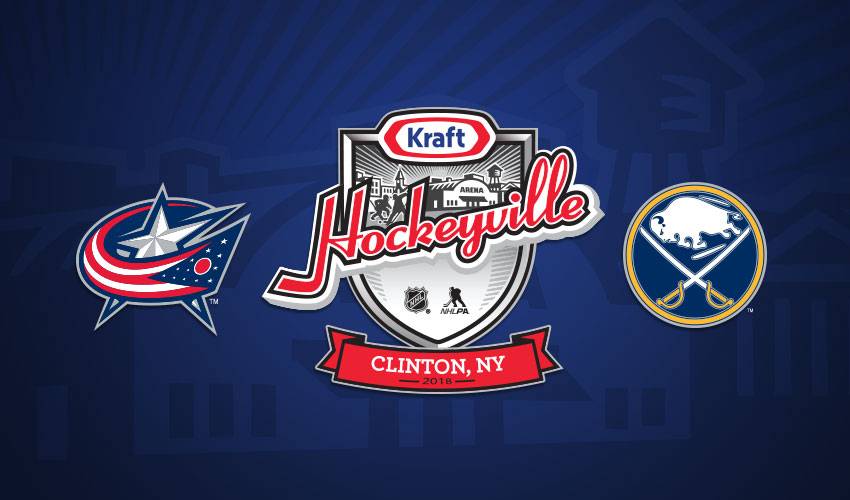 NEW YORK / TORONTO (May 18, 2018) – Clinton, New York, the winner of Kraft Hockeyville™ USA 2018, will host the Buffalo Sabres® and Columbus Blue Jackets® NHL preseason game on September 25, 2018, Kraft Heinz, the National Hockey League (NHL®) and the National Hockey League Players’ Association (NHLPA) announced today. The central New York historic village earned its designation as this year’s most spirited hockey community in America, $150,000 in rink upgrades and the opportunity to host the NHL matchup after amassing the most votes in the online Kraft Hockeyville USA™ 2018 contest.

“The Buffalo Sabres are excited to participate in this year’s Kraft Hockeyville™ USA game,” Sabres General Manager Jason Botterill said. “Playing in front of Clinton’s passionate hockey community in a rink like the ones many of our players grew up skating in will be a great experience for our players. We look forward to putting on a great show for the NHL fans of Central New York.”

“Our game is built on the foundation of local communities and its continued growth is a testament to the individuals and families who love and support hockey in those communities,” said Blue Jackets President of Hockey Operations John Davidson. “Kraft Hockeyville™ USA is a wonderful celebration of hockey’s grass roots and our club is thrilled to be going to Clinton, New York to play the Buffalo Sabres this September.”

Clinton Arena is a staple of the local hockey community in Clinton, N.Y. After suffering a fire in 1949 and rebuilding from scratch six years later, this beloved gem has served generations of young hockey players for nearly 70 years. Cementing its history, Clinton Arena was proudly listed on the National Historic Register in 2010. While the venue still has many of its original fixtures intact today, the prize money from Kraft Hockeyville™ USA 2018 will go toward improvements to several features.

Since launching in 2006, Kraft Hockeyville™ has positively impacted more than 80 communities with over $4 million in rink upgrades across the U.S. and Canada.