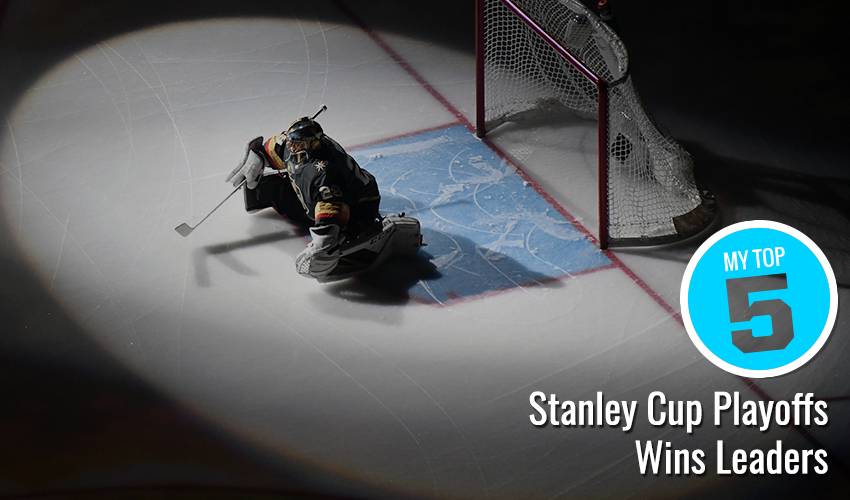 Here are a couple of hints: three goalies are Canadian and two are Finnish.

Vegas players know it’s going to be a good night when they have their great Knight tending the twine. A three-time Stanley Cup champion with Pittsburgh, the 33-year-old veteran backstopper leads all active netminders with 12 shutouts.

Nashville’s No. 1 goaltender tied for the League leads with eight shutouts in 2017-18. A finalist for the Vezina Trophy this year, Rinne’s .927 save percentage led all goaltenders with at least 50 games played. And did we mention that his six post-season assists are tops among all active goalies?

Boston’s top backstopper boasts a .927 Playoffs save percentage, good enough to rank him fourth overall for all active goaltenders. The Finnish native also has five career post-season shutouts on his resume.

Currently the top save percentage leader (.932) among all active netminders in the Playoffs, Washington’s veteran between the pipes has four shutouts and a pair of assists over his post-season career.

Pittsburgh’s 23-year-old backstopper has already hoisted two Stanley Cups even though he’s played less than 40 Playoff games. The native of Thunder Bay, Ontario has six post-season shutouts and a .926 save percentage, good enough for sixth overall among active goalies.