Hulu becomes an official sponsor of the NHLPA and the NHL for the entirety of the 2018 Stanley Cup® Playoffs and Final. 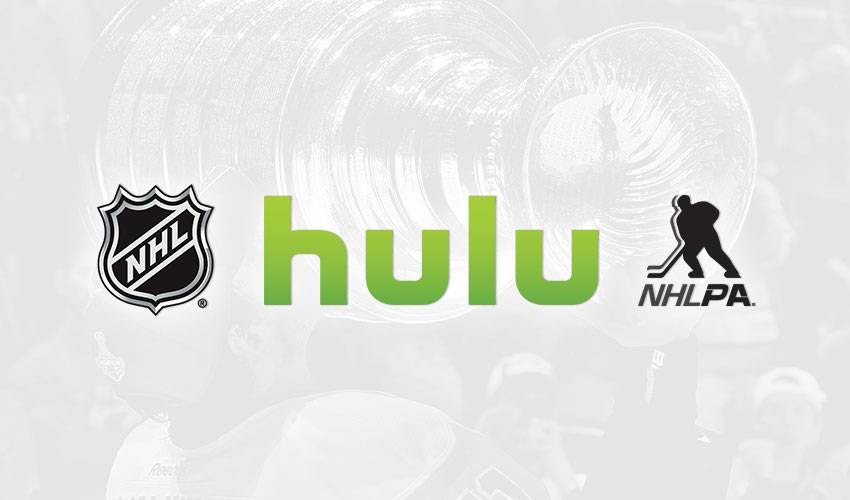 "Tomorrow we'll be embarking on the most exciting and unpredictable time in sports with the start of the Stanley Cup Playoffs,” said Keith Wachtel, NHL Chief Revenue Officer and Executive Vice President. “Our main goal is to bring these memorable moments to the broadest possible audience, and partnering with a powerful brand like Hulu will allow us to drive deeper engagement with our fans. We're thrilled to partner with Hulu and work together to showcase the road to the Stanley Cup.”

Hulu will also create a custom hockey collection within the Hulu experience throughout the Playoffs helping drive tune-in for the Stanley Cup® Playoffs. In addition, Hulu will serve as the presenting partner of NHL.com during the Playoffs.

“Since we launched our live TV package, we’ve seen live sports drive a very large part of our growth, so we are especially excited to team up with the NHL to celebrate the 2018 Stanley Cup Playoffs – an event we know our viewers will be watching,” said Patrizio Spagnoletto, Head of Media and Subscriber Growth at Hulu. “With sports serving as the centerpiece for many of our live TV viewers, we are always looking for new, innovative ways to engage fans and make sure they never miss a single moment of their favorite games.”

As part of the agreement, Hulu has also partnered with the National Hockey League Players’ Association to create a number of video vignettes that will showcase some NHL stars and help drive awareness for Hulu as a streaming option for the 2018 Stanley Cup® Playoffs.

“The players are at their best, the games at their most intense and fans as passionate as ever each spring when the Stanley Cup Playoffs get underway”, said Sandra Monteiro, NHLPA Chief of Global Business Strategies. “Through this exciting partnership with Hulu, the players will not only be the focal point on the ice as they battle for the Stanley Cup, but they will also drive fans to the action with these exclusive video vignettes.”

The video vignettes, featuring Dustin Brown of the Los Angeles Kings, Brent Burns of the San Jose Sharks, John Carlson of the Washington Capitals, Taylor Hall of the New Jersey Devils, Ryan Johansen of the Nashville Predators, William Karlsson of the Vegas Golden Knights, Phil Kessel of the Pittsburgh Penguins, Nikita Kucherov of the Tampa Bay Lightning, Brad Marchand of the Boston Bruins, and Blake Wheeler of the Winnipeg Jets, will celebrate the excitement of the 2018 Stanley Cup® Playoffs.

“We believe that there is a tangible multiplier effect when the League and rights holder can collaborate on behalf of an advertising and sponsorship partner,” said Dan Lovinger, EVP, Advertising Sales & Sales Marketing, NBC Sports Group. “Adding a great partner like Hulu to this mix in such a high-profile environment as the Stanley Cup Playoffs is very exciting.”

The 2018 Stanley Cup® Playoffs get underway on Wednesday, April 11. For the seventh consecutive year, every Stanley Cup® Playoffs game will be presented nationally across the platforms of NBC Sports Group and select NBCUniversal networks. During April, May, and June, NBC Sports Group will televise as many as 105 Playoff games and possibly more than 260 hours of programming.