The CWHL today announced that the NHLPA will be the presenting sponsor of the 2018 CWHL Awards Show, hosted at the Toronto Centre for the Arts March 23. 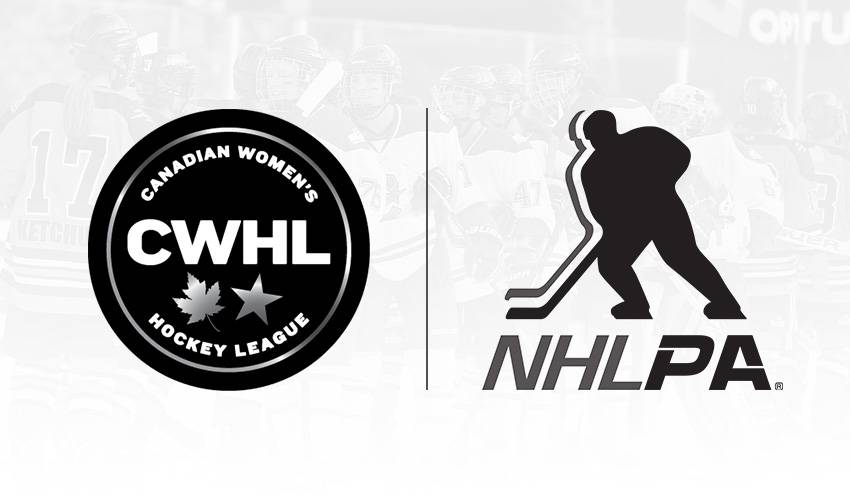 TORONTO (March 8, 2018) – The Canadian Women’s Hockey League (CWHL) is proud to announce that the National Hockey League Players’ Association (NHLPA) will be the presenting sponsor of the 2018 CWHL Awards Show, hosted at the Toronto Centre for the Arts – Lyric Theatre on Friday, March 23.

“We have always placed an emphasis on our Awards Show as a place where we can truly honour our incredible players each season,” commented CWHL commissioner Brenda Andress. “Having partnered with the NHLPA in the past, I know their support for this event will allow us to open the Clarkson Cup weekend with a bang, elevating the level of show we can provide both the players and the community.”

The CWHL Awards Show recognizes the pinnacle of achievement by celebrating the leagues brightest individual performers and best moments from the season. During the ceremony players, coaches, and contributors are recognized with such honours as the Most Valuable Player, Coach of the Year, and the Angela James Bowl (scoring champion). Previous winners of the CWHL’s Most Valuable Player include several Olympians such as Marie-Philip Poulin, Hilary Knight, Caroline Ouellette, and Jayna Hefford.

As part of the partnership, the NHLPA will also become the presenting sponsor of the CWHLPA’s Jayna Hefford Trophy. The award is handed out annually to the CWHL’s most valuable player in the regular season as voted by the players, similar to the NHLPA’s Ted Lindsay Award which is also voted on by the players (for the season’s most outstanding player). The natural ties between the two player-voted honours provides a perfect fit within the new sponsorship.

“Having the opportunity to present the 2018 CWHL Awards Show, a night that will celebrate the skill and excellence of the incredible players of the CWHL, is a great way for NHL players to support CWHL players,” said Don Fehr, NHLPA Executive Director. “These players are among the best in the world, and we are proud to help recognize their dedication, ability and outstanding seasons.”

Tickets for the 2018 CWHL Awards Show and Clarkson Cup Final are currently on sale. For further ticket and event information visit thecwhl.com/clarksoncup.