Mirco Mueller’s one bit of advice to his sister Alina, who turned heads and dropped jaws with her top-shelf performance at the 2018 Winter Olympics, couldn’t be more perfect. 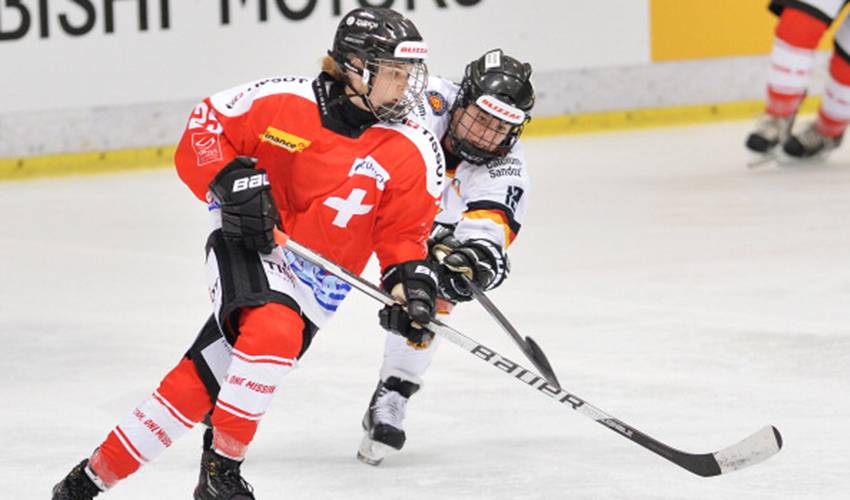 Mirco Mueller’s one bit of advice to his sister Alina, who turned heads and dropped jaws with her top-shelf performance at the 2018 Winter Olympics, couldn’t be more perfect.

“I suppose the one thing I’d say to Alina is that she should just always be herself,” offered the 22-year-old New Jersey Devils defenceman. “Just enjoy it all and everything will be fine.”

Judging by her efforts with the Swiss women’s hockey team in PyeonChang, everything could be great for the 19-year-old centre.

The centre recorded a natural hat trick in the first frame over a span of 9:25, marking the second-fastest hat trick in women’s Olympic hockey history. She tied the Olympic record with her fourth tally in the second period.

Coming up big on the big stage is nothing new for Alina.

Four years ago, she netted three points at Sochi 2014 when she was 15, including the bronze medal-winning goal. She also became the youngest ice hockey player to win an Olympic medal.

The native of Lengnau, Switzerland has played professionally with ZSC Lions Frauen (Switzerland) for the past four campaigns. This season, she’s recorded 33 goals and 57 points in 17 games with ZSC.

Soon, Alina will bring her talents to Northeastern University (in Boston), starting in 2018-19.

Six years ago, Mirco left Switzerland to play with the Western Hockey League’s Everett Silvertips. He suited up for two seasons, 123 games total, before skating in 39 games with the San Jose Sharks in 2014-15.

“I had a great time there (Everett),” recalled the 18th overall selection of the Sharks in 2013. “I had great billets who took really good care of me. It was a perfect spot for me to start my North American career.”

The blueliner believes his younger sibling will have a similar experience.

“I was really open-minded when I came here,” he started. “Be yourself, make friends with your teammates and the transition to playing over here will be much easier. I think she’ll enjoy playing over here. I know she’s excited.”

And Mirco couldn’t be any happier for his sister.

What’s he most proud of when it comes to Alina?

“I would say everything about her,” said Micro. “She’s obviously going to be a special player and already has an Olympic medal from four years ago. She’s accomplished a lot so far and it makes me proud.”