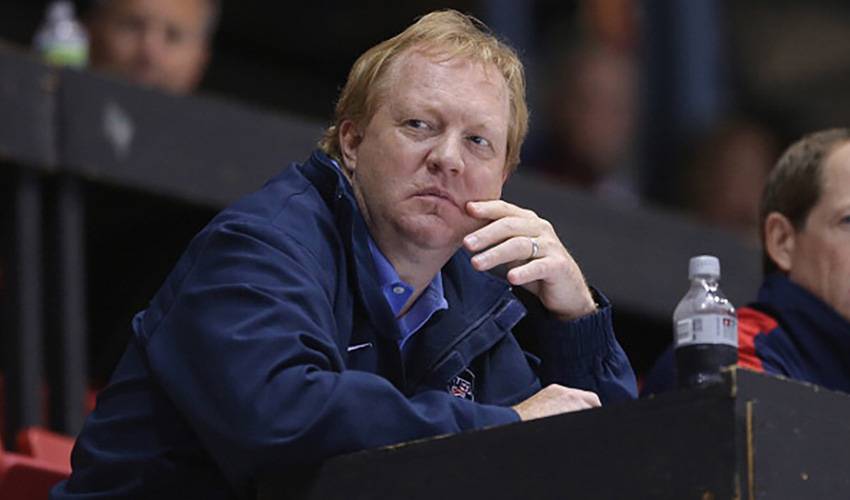 My heart is broken to hear the news about Jim Johannson. You were a great man that gave me the opportunity to play for my country. You will be deeply missed by not only @usahockey but the many others lives you impacted.

It has been a very difficult day attempting to process the the news of the sudden passing of Jim Johannson. Personally, JJ was a mentor and and friend that had a significant impact on me as a hockey player and a person.

JJ was the glue of USA Hockey. His presence spoke

volumes as other USA Hockey family members can attest. His passion for the many teams and his players was beyond comparison in the sport. My heartfelt condolences to his wife, daughter, and relatives

Shocked and saddened this morning hearing of the passing of Jim Johannson. You will truly be missed at USA Hockey and throughout the hockey world. Thank you JJ for giving me the opportunity to live out a dream of mine. My sincere condolences to his family and friends.

Figure out just how to be a great human being.. I will miss you everyday JJ Rest In Peace my friend..

We lost a true friend in Jim Johannson today.

He was so compassionate and as loyal a friend as you could have. He was the ultimate teammate.

I am deeply saddened and shocked and sorry that he is no longer with us.

He was a special human being. pic.twitter.com/vGAR4ZTFu2

JJ’s passing is very sad, he was a great man and leader for USA Hockey https://t.co/99qjAQLzKh

“Jim Johannson was a great hockey man who was involved in the game his entire life both as a player and as an executive. The loss of Jim will be felt throughout USA Hockey and the entire hockey world. Many current and former players have been positively impacted by his contributions to the game. Outside of hockey, Jim was a loving husband and father, and on behalf of all the players in the NHL, I extend our heartfelt sympathies to his wife and daughter. We are all saddened by the sudden loss of Jim. He will be greatly missed.” – Don Fehr, NHLPA Executive Director