Sceviour No Stranger To Hard Work

During his days growing up in Red Deer, Colton Sceviour dreamed of one day earning a reputation as a hard-working NHL player. A part-time job helped him appreciate what it would take to attain that goal. 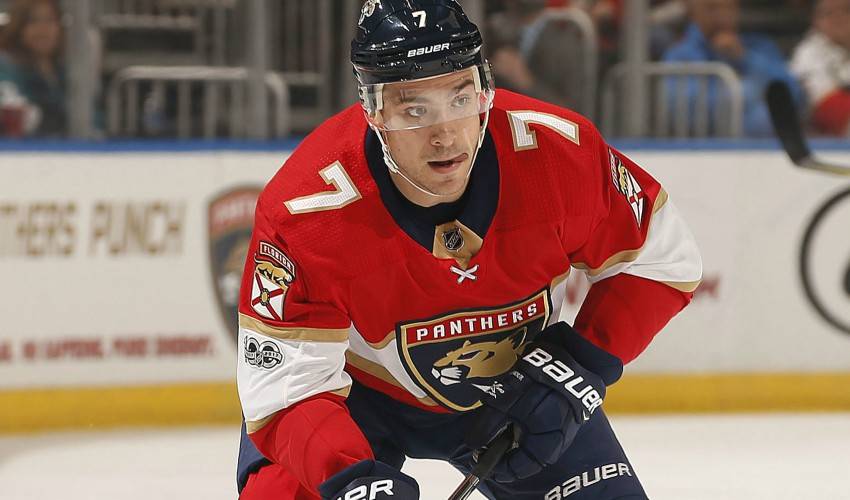 During his days growing up in Red Deer, Alberta, Colton Sceviour dreamed of one day earning a reputation as a hard-working NHL player. A part-time job helped him appreciate what it would take to attain that goal.

“I think by the time I was eight, all I wanted to do was play hockey,” said Sceviour with a laugh. “Even back then, I tried to convince my parents to let me do it year-round. That’s all I really wanted to do.”

The aspiring NHLer did have the odd job or two, including the times he helped out at his grandfather’s business.

“He re-does couches and chairs, things like that,” recalled Sceviour. “He owns his own shop. I’d help him out, tearing down old chairs and things like that. He’d let me tear them apart. It’s wasn’t as much fun as it sounds. It was usually older furniture coming in. You had to be gentle with it because you didn’t want to break anything.”

It was hardly glamorous work, but something Sceviour looks back upon with fond memories.

“I was 10 when I started and I did that probably until I was 14,” he said. “That’s what it was, just tearing apart that stuff and making sure you didn’t wreck anything. He’d give me some money and it felt like I had a real job.”

Earning money wasn’t the only benefit.

“I also got to spend time with my grandfather,” said Sceviour. “It also got me out of my parents’ hair during the afternoons in the summer. I wasn’t driving them nuts, so I’m sure they enjoyed it as well.”

When he wasn’t working in the shop, Sceviour was working on his game, constantly looking at ways to improve his skills.

He also kept tabs on his favourite big-league players.

“I was a huge Steve Yzerman fan,” said Sceviour of the Detroit Red Wings legend. “As I got older, being from Alberta, I saw a lot of Jarome Iginla and I really liked the way he played the game. He was someone who I wanted to emulate and play that style of game. You learned pretty quickly it’s not as easy to be as good as he was.”

Selected in the fourth round of the 2007 NHL Entry Draft by Dallas, Sceviour, after seven campaigns in the Stars organization, signed as a free agent with Florida on July 1, 2016.

Last season, the industrious winger had 24 points with Panthers.

These days, Sceviour is looking to add to his 17 games of NHL playoff experience.

His biggest contribution towards achieving that goal will come from what he learned a long time ago.

“Working with my grandfather, it taught you about hard work, being patient and doing things the right way,” offered Sceviour. “You don’t forget what all of that means and how it helps you down the road.”