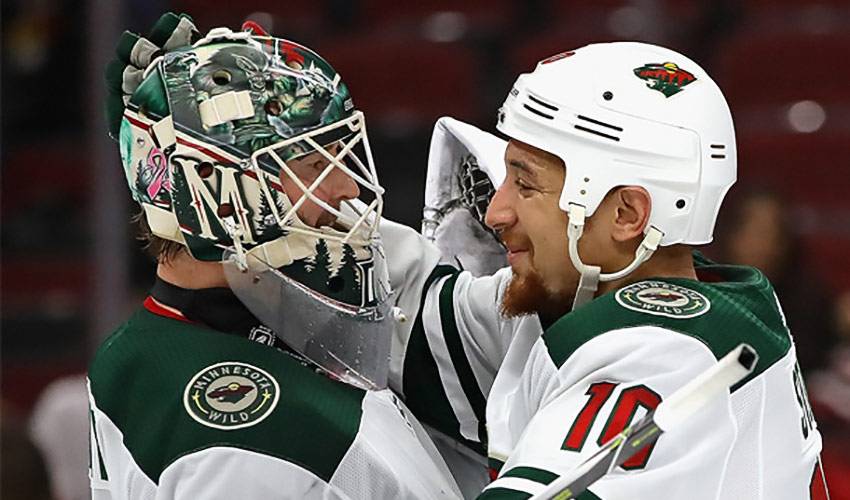 Chris Stewart has often said he looks to make a difference every time he takes a shift. This year, he’s taken that approach to a whole new level.

At 6-foot-2, 242 pounds, the 29-year-old veteran patrolling the wing for the Minnesota Wild uses his size and strength to great effect throughout the course of a game, always ready, willing and able to provide his team with an energy boost.

But, it’s not only wrecking ball-type body checks and aggressive forechecking skills that define Stewart.

“I think there are any number of ways you can contribute,” said the 18th overall pick of the Avalanche in 2006. “When you take your shift, you do whatever you can in that time to create something positive. That’s always what I set out to do.”

Over his hockey career – before and during his NHL days – Stewart has shown a propensity for having some offensive pop.

During his junior years with the Kingston Frontenacs, Stewart scored 37 goals and 36 goals, respectively, in his final two Ontario Hockey League seasons.

In three OHL campaigns, he racked up 91 goals and 199 points in 187 career games, along with eight more points in 11 playoff games.

And while he’s thrilled to be delivering big-time offensively these days, Stewart, who played 20 games for the Wild in 2014-15 after being dealt to Minnesota by the Buffalo Sabres, remains the prototypical team player.

“You just always hope that what you do can translate into getting those two points,” he said. “That’s what I try to do and that’s how I always approach things.”