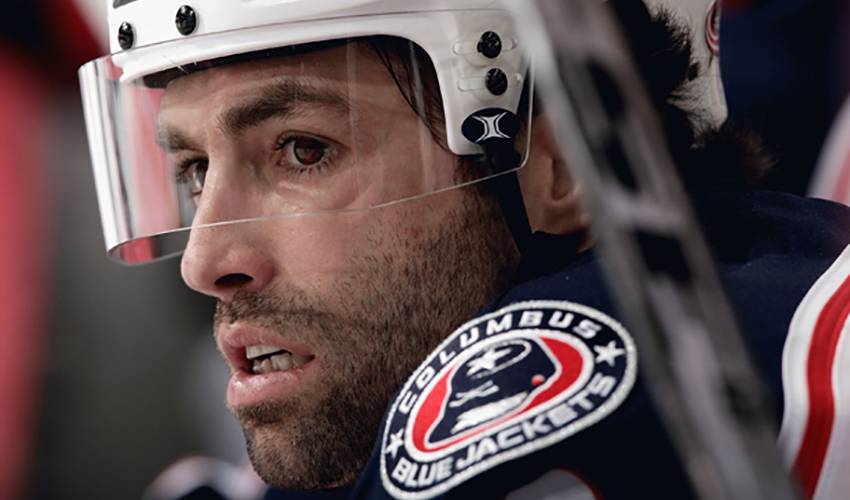 Peca, 35, a two-time winner of the Frank J. Selke Trophy (1997, 2002) and an Olympic gold medal winner (Salt Lake City in 2002 with Team Canada), appeared in a total of 864 NHL games with six teams: Vancouver, Buffalo, New York Islanders, Edmonton, Toronto and Columbus. In his NHL career, Peca scored 176 goals and 289 assists for 465 points, and recorded a career +66 and 798 penalty minutes. He also played on 10 playoff teams and two Stanley Cup finalists in his career.

“I truly have enjoyed my entire career as an NHL player,” said Peca. “Playing the game at the highest level, with and against the top hockey players in the world, has been a pleasure. Throughout my 13-season career I was fortunate to play on some exceptional hockey teams, particularly the 2002 Canadian Olympian team and the Sabres and Oilers teams that reached the Cup finals. Really I am grateful for the lasting friendships and memories that the game of hockey has given me, and I would like to thank my family, teammates, and the fans for all their support along the way.”

In the 1992 NHL Entry Draft, Peca was drafted 40th overall by the Vancouver Canucks. After beginning his junior hockey career with the Sudbury Wolves, Peca enjoyed a pair of standout seasons in his last two years of junior, recording 102 and 113 points respectively in 1992-93 and 1993-94 with the Ottawa 67's. Peca made his NHL debut in 1993-94 with the Vancouver Canucks, playing in four games on recall. He began the 1994-95 season in Syracuse of the AHL before joining the Canucks after the lockout, recording six goals and 12 points in 33 NHL games in the shortened season.

After a trade to the Buffalo Sabres in July of 1995, Peca quickly solidified his place in the league as one of the NHL's premier two-way centres. In just his second season with the Sabres, Peca had a plus/ minus of +26 and earned the 1996-97 Frank J. Selke Trophy as the league's top defensive forward. Recognizing that he was one of the best leaders and competitors in the game, the Sabres named Peca team captain in 1998. He showed his leadership by example the following season, playing in all 82 games and recording 27 goals (a career high) and 29 assists for 56 points, a +7 and 81 penalty minutes. Peca also scored 13 points in 21 playoff games that spring, leading the Sabres to the Stanley Cup Final where they eventually lost out in six games to the Dallas Stars.

After five unforgettable seasons in Buffalo, Peca, did not play in the 2000-01 season, taking a stand to reach a fair market contract. In June 2001, he was traded to the New York Islanders and was quickly named the Islanders' team captain. In just his first year on Long Island, 2001-02, Peca helped the Islanders reach the playoffs for the first time since 1993-94; he also set personal highs in assists (35) and points (60) in 80 games played, and won the Selke Trophy for the second time in his career. After captaining the Islanders for three seasons, he joined the Edmonton Oilers in 2005-06. Peca's leadership, strong two-way play and the intangibles that he brought to the Oilers team helped them come within one win of capturing the Stanley Cup before narrowly losing out to the Carolina Hurricanes. On that memorable postseason run, Peca tallied 11 points in 24 playoff games. He played with the Toronto Maple Leafs for the 2006-07 season before spending his final two seasons in Columbus with the Blue Jackets. Peca scored 34 points in 2007-08, and he played in at least 65 games in each of his two seasons in Columbus. The added leadership that Peca provided to the Blue Jackets' dressing room helped lead them to the franchise's first playoff berth in 2008-09.

Peca, born in Toronto, Ontario, represented Canada on the international stage at nearly every level. He played for Canada's gold medal-winning World Junior team in 1994, and captained the Canadian entry in the 2001 World Championships. In the 2002 Olympics, Peca played for the Canadian men's hockey team that ended Canada's 50-year gold medal drought, defeating the United States 5-2 in the championship game. Peca served as one of four alternate captains on the team in Salt Lake City.

“Today, I can honestly say that I am able to walk away from the game as a player knowing that I always left everything I had on the ice. I appreciate everything hockey has given me, and I hope that I earned the respect of my great teammates and opponents by playing the only way I knew how to,” added Peca.

Michael and his wife Kristin will continue to reside in Getzville, NY with their two children.