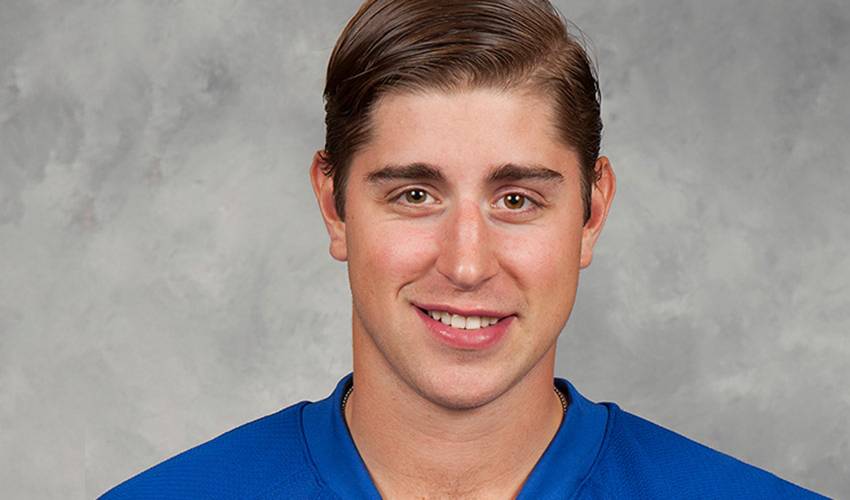 Entering his fifth NHL season with the New York Rangers, forward Brandon Dubinsky has a lot to build off of. Since being drafted 60th overall in the 2004 NHL Entry Draft, the 25-year-old Anchorage, AK native has steadily developed in each of his four seasons on Broadway, posting improved career numbers every year. In 77 games last year, Brandon posted the best statistics of his career in a number of categories – goals (24), assists (30), & points (54) – which was good enough to put him atop New York’s team leaders in each. Dubinsky, always a gritty player as well, also broke triple-digits in penalty minutes, with his 100 PIMs ranking third on the team, behind Brandon Prust and Sean Avery. A bit of a Swiss Army knife with his all-around abilities, Brandon will be plying his trade in New York for the next four years, having avoided arbitration with the Rangers last week by signing a four-year, $16.8 million contract. A key, homegrown building block, it was pivotal for the Rangers to bring back such a key component, especially one that balances his unique blend of skills with high character and the willingness to do anything to help the club win.