Kessel, Oshie and Doan come through for their teams as season rolls on 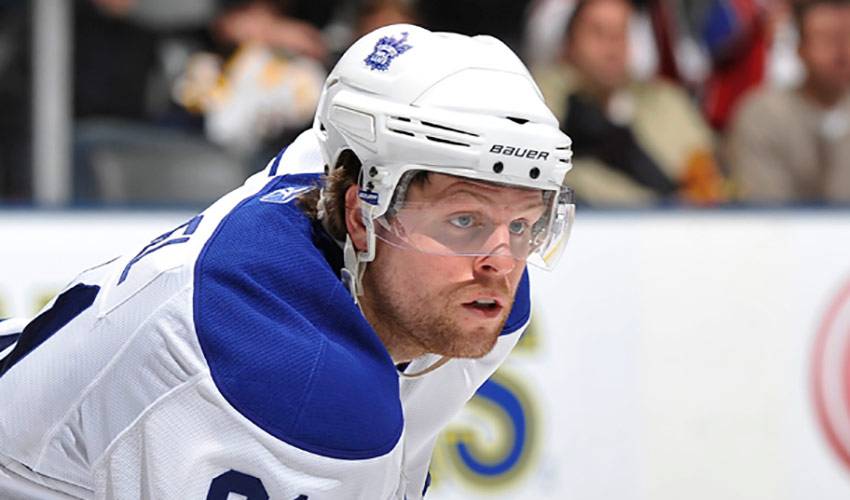 The San Jose Sharks just keep on rolling, with a five-game winning streak coming against some of the league's best teams in the last week. The Sharks earned victories over the Penguins, Red Wings, Capitals and Predators, with Antii Niemi providing stellar net-minding in all of the games. Even with the equally white-hot Phoenix Coyotes reeling off an eight-game winning streak in recent weeks, the Sharks have been able to maintain their lead atop the Pacific Division. The Sharks have also gotten strong efforts from Joe Thornton (300th career goal in win over Red Wings), Patrick Marleau (OT winner against Penguins) and Devin Setoguchi (hat-trick versus the Avalanche).

Much-maligned during a recent goalless streak, Phil Kessel of the Toronto Maple Leafs is in one of his spurts now where everything is going in the net for him and he's producing some magical goals. Tuesday night saw him deliver one of those kinds of efforts, going coast to coast to score a late, go-ahead goal against the Islanders. Picking up the puck in his own zone, Kessel gathered up speed and flew down the left-wing, backing up the New York defencemen. After crossing the Islanders blue-line, Kessel stopped on a dime, and moved towards the middle of the ice, finding a hole in the slot. Once there, he fired a laser past Al Montoya, giving the Maple Leafs a 2-1 lead that would eventually be the final score.

T.J. Oshie missed a big portion of this season while recovering from a broken ankle, but the 24-year old member of the St. Louis Blues is certainly making up for lost time as of late. Oshie has points in four straight games, including a pair of two-point games, as well as a three-point game against the Anaheim Ducks last Friday. The centre from Mount Vernon, Washington also filled up the hits, blocked-shots and shots on goal categories on the stat sheet, which is a staple of Oshie's game when he's playing really well.

On Wednesday night, Shane Doan played his 1,099th game as a member of the Coyotes/Jets organization, in what would be an 8-3 loss to the Tampa Bay Lightning. Playing in the game, however, gave Doan the franchise record for all-time games played for Phoenix/Winnipeg, which former teammate Teppo Numminen had previously held. Doan also extended his point-scoring to six games with a third-period assist, while the Coyotes saw their own eight-game winning streak snapped. Congratulations Shane, from NHLPA.com, on this fantastic accomplishment

“It's early, but if you write a book, it's a pretty good book so far.”

- Craig Anderson of the Ottawa Senators, recently acquired from the Colorado Avalanche, discusses the team's two wins in his first two games in Ottawa.