Player of the Week - Mark Recchi

Mark has been contributing in all areas of the game, from bringing his Stanley Cup rings into the dressing room to provide inspiration to his teammates. 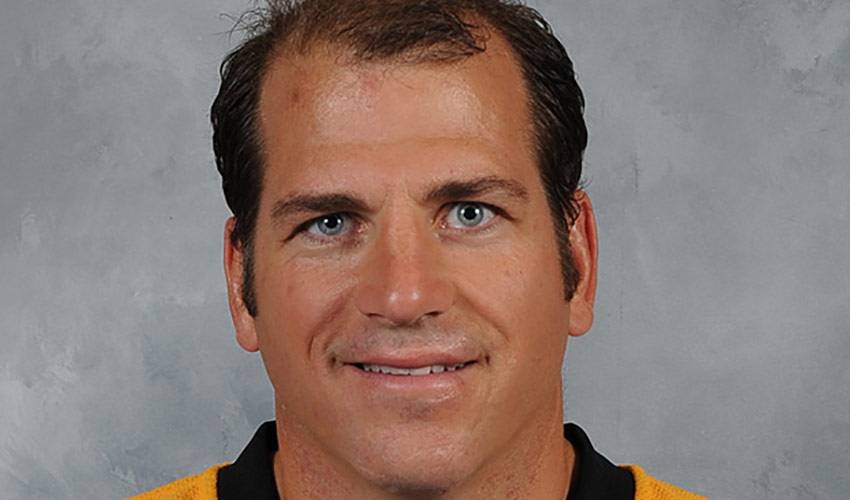 Every team needs a blend of youthful exuberance and veteran savvy to be successful in the long grind of the NHL playoffs. For the 2010-11 Boston Bruins, their dose of veteran leadership and know-how comes from Mark Recchi, a consummate teammate and proven playoff performer. His experience and still-impressive skill set have seen him become a key member of a Bruins team looking to bring the Stanley Cup back to Beantown for the first time since 1972.

Recchi has been through the playoff battles before. He has tasted Stanley Cup success on two occasions; first with the Pittsburgh Penguins in 1991 when he was a key member of a team that included Lemieux and Jagr; and then again in 2006 when the Carolina Hurricanes added Mark at the trade deadline and went on to capture the title, behind the spectacular play of Cam Ward, but also the drive, determination and will to win from players like Recchi. Mark is constantly drawing on those memories and experiences with the Bruins as they find themselves in a knock-down, drag-out battle with the Canucks for the Stanley Cup. He has been contributing in all areas of the game, from bringing his Stanley Cup rings into the dressing room to provide inspiration to his teammates, to getting his name on the scoresheet at crucial times over the course of the playoffs, including recently with three points in his last two games.

As the Final continues to gain intensity and tighten with every passing game, it very well could be the skill and the intangibles that a player like Recchi brings that could ultimately help decide which team skates around with the Cup held high.