It's Hall or nothing 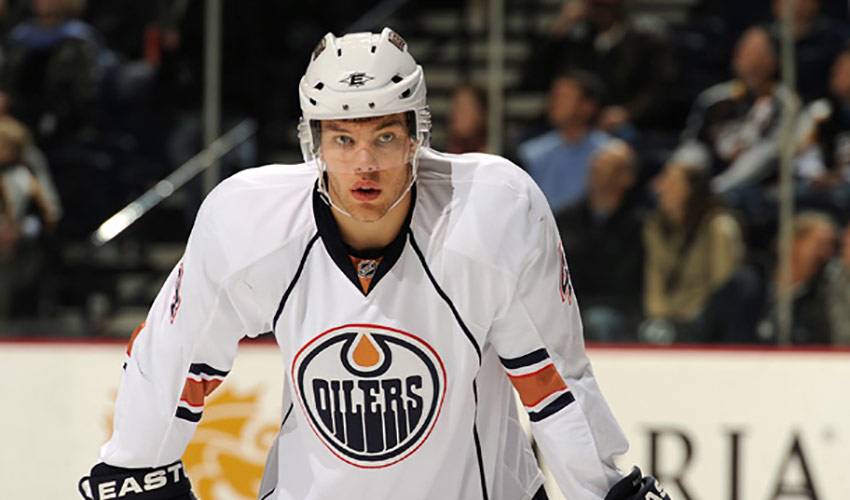 Before he embarked on his rookie NHL season, Taylor Hall wanted to give Edmonton fans something to cheer about. And that's just exactly what the emerging star accomplished.

His primary concerns weren't focused on hearing his name called as the NHL's top first-year player, or how many goals he would score, or even how many minutes he'd play per game. Rather, Hall, the first overall selection in the 2010 Entry Draft was dialed in on making Oilers' supporters proud.

He didn't let them down.

In 65 regular season games, the dynamic forward scored 22 goals and added 20 assists for the Western Conference team. And while the campaign was a disappointment in that the Oilers failed to threaten for a playoff berth, Hall gave plenty of reasons to believe happy days are ahead in Edmonton.

“They're such a great franchise,” said the 19-year-old, who helped the Ontario Hockey League's Windsor Spitfires to two consecutive Memorial Cup championships in 2009 and 2010, named Most Valuable Player of the Memorial Cup tournament both years. “They have so much history behind them. With the five Cups they won it means a lot to me to join their organization, hopefully bring another one up there. That is the ultimate goal for me and the franchise.”

Perhaps the only time Hall succumbed to nerves was on draft day, a moment when he tried to put his No. 1 selection into perspective.

“I was so shocked,” recalled Hall, who made his OHL debut in 2007–08, scoring a team-high 45 goals and recording 39 assists for 84 points. “I was shaking in my seat. I got up to the podium and I was shaking so much I couldn't even put my jersey on. I was just so happy.”

Hall wasted little time in living up to the fanfare.

He made his NHL debut on October 7, 2010, as the Oilers defeated their provincial rivals, the Calgary Flames. Hall's first NHL point, an assist, came in his second game, against the Florida Panthers on October 10. Eighteen days later, he scored his first big-league marker against the Columbus Blue Jackets and Bob Boughner, his former coach with the Spitfires.

Hall netted his first NHL hat-trick, a natural hat-trick, against the Atlanta Thrashers on February 19. With Edmonton down by two goals, Hall scored three straight power play goals in a span of 12:53, as the Oilers came back to win 5-3.

“I played in my backyard in Calgary, now I'm playing in the big rink,” said Hall, of his ascent to the NHL ranks. “There's been such a transformation, and it's a tremendous journey that I've been on.”

One that has only just begun for the man who won a slew of OHL honours, including the 2009 Wayne Gretzky 99 Award as playoff MVP and the Stafford Smythe Memorial Trophy as the Memorial Cup tournament MVP on two occasions.

“Being a competitive guy is pretty important to me,” admitted Hall, who has three gold medals and two silver medals while wearing the Team Canada jersey. “At the same time, there is a lot of work to do. Lot of guys have gone number one. They played in the NHL, but they haven't really exceeded the expectations that they began.”

There's every indication Hall will be a NHL mainstay for years to come. That said, the left winger remains the consummate professional, always pushing himself to be a better player, constantly looking for ways to help the Oilers work towards another championship.

“There are always expectations no matter what you do,” noted Hall. “Obviously, being a number one pick, I have a job to do, and I think I have the tools to do it. I know I have the confidence and the drive, so that's what's going to push me every day to be a better player and help the team out.”

If his first NHL season is indicative of what's in store for Hall, the fans that fill the stands at Rexall Place will be in for quite a treat.

“I always push myself on and off the ice,” he said.

Which is just one more reason why the future looks good for Edmonton's players and their fans.