Carrying on the tradition in Montreal

Gorges lauded by the Habs' fans for his leadership and work-ethic; he relishes playing for the storied franchise 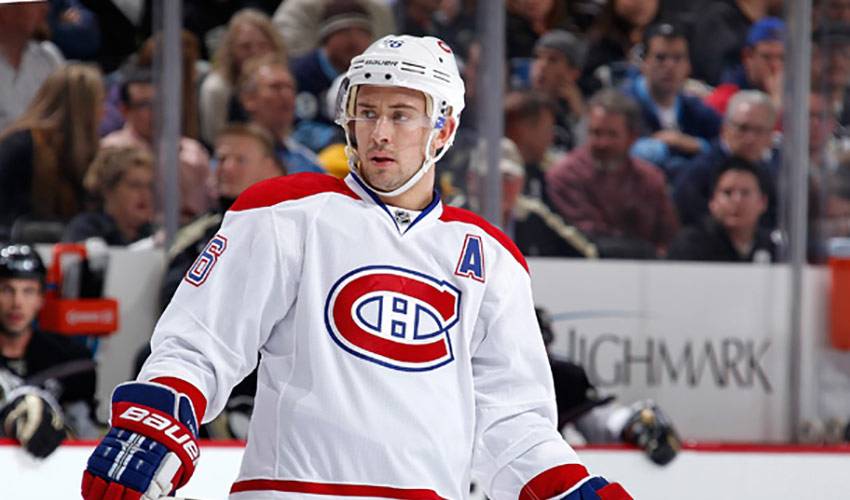 hardly any time, less than a minute, to be exact, to discover what it meant play for one of hockey's most storied franchises.Josh GorgesIt took

Almost five years ago, on February 25, 2007, Gorges, then with the San Jose Sharks, was traded to the Montreal Canadiens along with a 2007 first-round pick (Max Pacioretty) for Craig Rivet and a 2008 fifth-round pick (Jason Demers).

He wasn't quite certain what to expect playing for a team that has won 24 Stanley Cups.

“To be honest, I was scared and I was nervous,” said Gorges, who played his junior hockey with the Kelowna Rockets of the Western Hockey League, where he helped the Rockets to a Memorial Cup championship in 2004. “To play for an Original Six club in the mecca of hockey, it was quite overwhelming at first.”

But not for long.

“I remember getting out of the taxi at the hotel after getting to Montreal and within 30 seconds, a fan spotted me and said, ‘Hey, Gorges. Welcome to Montreal.' I couldn't believe it. It was a great feeling and really made me feel welcome right from the start.”

Gorges, who scored his first NHL goal against the Detroit Red Wings on January 4, 2007, and his first tally with the Canadiens on November 24, 2008 against the New York Islanders, can still recall the first time he saw his name on the back of the Montreal jersey. {{QUOTE}}

“It was exciting,” said the native of Kelowna, British Columbia, who was a member of Team Canada at the 2004 World Junior Ice Hockey Championships, where he won a silver medal. “It was a different type of feeling, putting on that jersey. You realize at that moment just what it means to play for the Canadiens. You think of all the history, the Stanley Cups and all the Hall of Fame legends.”

As for which one of the Montreal alumni he's been most humbled to meet during his time in Montreal, Gorges, who was widely praised for his effort in the 2010 Stanley Cup Playoffs, takes pause to narrow down the list.

“You can't just ask me to pick one,” laughed the 27-year-old, who had reconstructive surgery on an injured right knee on February 19, 2011, causing him to miss the remainder of the 2010-11 season. “Each and every person I've encountered, I've walked away with a tremendous amount of respect for what they did on and off the ice.

“Meeting Henri Richard, someone who has won 11 Stanley Cups, was a real thrill. The one person who I met, and it really didn't sink in at the moment just what a great person he is, was Mr. (Jean) Beliveau. I was lucky enough to talk with him. He is the epitome of class and what every hockey player should strive to be, both as a player and as a person.”

Gorges, though he'd bristle at any comparison to Beliveau, has earned similar respect for his tenacity, work ethic and commitment to the community.

He learned those skills during his junior days under the tutelage of Jeff Truitt.

From 1993-2007, Truitt was a coaching success in the WHL with the Lethbridge Hurricanes and Kelowna. He served as an assistant coach in Lethbridge from 1993-96, then moved on to Kelowna in the same capacity from 2000-04.

The native of Rosetown, Saskatchewan earned a promotion to Head Coach in Kelowna in 2004. He guided the Rockets to a WHL Championship and an appearance in the Memorial Cup in the spring of 2005.

“Guys like me and (fellow NHL defencemen) Duncan Keith and Shea Weber, we were lucky to have Jeff as a coach,” acknowledged Gorges. “He treated us a professionals and that's what was expected. I can't say enough about him or that organization. You learned what it meant to be a pro on the ice and in the community. You can't help but remember all that you learned. Those are life-long skills.”

Ones that Gorges has carried with him throughout his NHL career.

“From what I learned in junior, to meeting the Hall of Fame legends in Montreal, I've been very fortunate to have learned a lot about what it means to be a hockey player.”

All of which makes him feel right at home.

“The fans have been wonderful to me, very respectful and very generous in their support,” offered Gorges.

And all it took was 30 seconds for Gorges to discover that very fact.