All Roads Lead Back to Pittsburgh

Richard Park is once again wearing a Penguins sweater, the place where he started his NHL journey 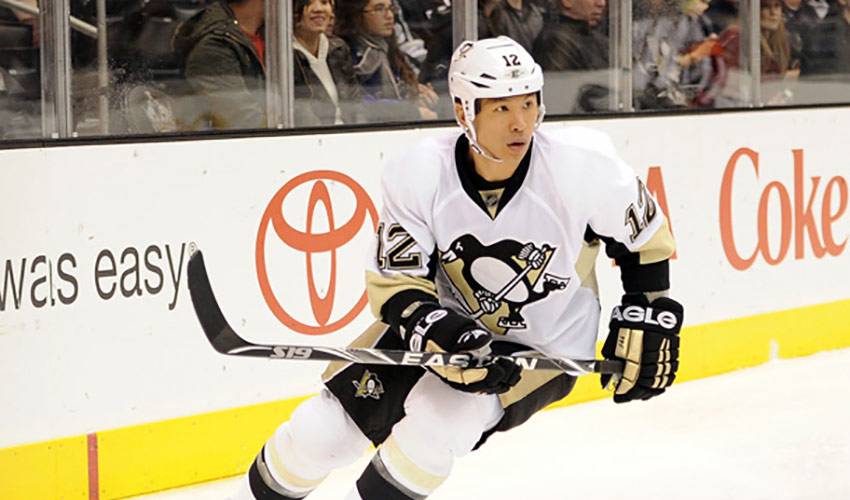 has remained the same the player and person in his return to the team and city where it all started.Richard ParkHis first NHL game came over 17 years ago. And though he's worn several jerseys since that milestone moment,

It was near the end of the 1994-95 NHL campaign when Park, who was selected 50th overall by the Pittsburgh Penguins in the 1994 Entry Draft, got his first shot at hockey's highest level.

He responded with one assist in his first game before appearing in three playoff games with the Eastern Conference club.

And now, after time spent with other big-league teams and stints in the International Hockey League, American Hockey League and Europe, the 35-year-old right winger is back in Pennsylvania, a welcome return to NHL circles and familiar surroundings.

“Who says you can't come home?” joked Park, who returns to the NHL and the Penguins this season after playing with Genève-Servette HC of the Swiss Elite League where he played in 2010-11, marking his return to Switzerland after he skated there during the 2004 NHL lockout. “It was an opportunity I just couldn't pass up. I was really happy and grateful for the chance to come back to Pittsburgh.”

Park played most of the 1995–96 season in the NHL appearing in 56 games, a campaign in which he would play a pivotal role in helping the Penguins advance to the Eastern Conference Finals. In 2001-02, he joined the Minnesota Wild and spent the next few campaigns with different NHL teams, as well as turns in the IHL and AHL. During that time, he suited up with the Anaheim Ducks and the Philadelphia Flyers.{{QUOTE}}

He spent three seasons in Minnesota from 2001–02 to 2003–04 where he achieved career highs in games played (81), goals scored (14), assists earned (15), and points (25). During the Wild's surprise 2003 Stanley Cup run, Park scored the winning goal in overtime in Game 6 of the Western Conference Quarterfinals against the Colorado Avalanche.

During the 2004–05 NHL lockout, he played in Europe as a member of Team USA who went on to capture the 2004 Deutschland Cup. He also signed on to play in Sweden and Switzerland with the Malmö Redhawks and SCL Tigers, respectively.

On August 8, 2005 prior to the 2005–06 season, Park signed a one-year contract as a free agent with the Vancouver Canucks. At the end of his contract, he inked a two-year deal with the New York Islanders.

In the spring of 2008, Park was named the recipient of the Bob Nystrom Award, awarded annually to the Islander ""who best exemplifies leadership, hustle and dedication."" He served as the Islanders alternate captain in the 2008–09 season.

And now, after a series of interesting journeys and different destinations, Park, who had 41 goals in 1998-99 with the AHL's Philadelphia Phantoms, is eager to contribute to a Penguins' squad with their eye on hockey's top team prize.

“The expectation is high here,” said Park, who was born in Seoul, Korea, but moved to Southern California near Los Angeles with his family at the age of three, then headed to Canada at the age of 13, where he played minor hockey in the Greater Toronto Hockey League (GTHL). “They expect a championship. But that's the type of atmosphere and approach you want to be part of.”

Park has familiar faces to play alongside.

“I've played with Arron Asham, Pascal Dupuis, Matt Cooke, Brent Johnston and Paul Martin…I'm probably missing a few guys, but it's been nice coming back and having that familiarity.”

It's something Park hasn't taken for granted.

“All in all, it's been great,” he said. “There's a level of comfort not only knowing the team well, but in knowing about the city in an in-depth way, places to go, things to do.”

Park has also established a rapport with the franchise he launched his NHL career with, a well-respected player revered for his unselfish style. A solid penalty killer, he entered 2011-12 with 14 career shorthanded goals, including a career-high four in 2007-08.

“As you move on in your hockey career, I won't say it gets easier, it just gets a lot smoother,” offered Park. “Certain days, it feels just like yesterday that you started. When you dig deeper and reflect, it does seem like a long time ago.”

As for his second turn with Pittsburgh, Park is happy to be back on familiar ground, in a place that feels just like home.