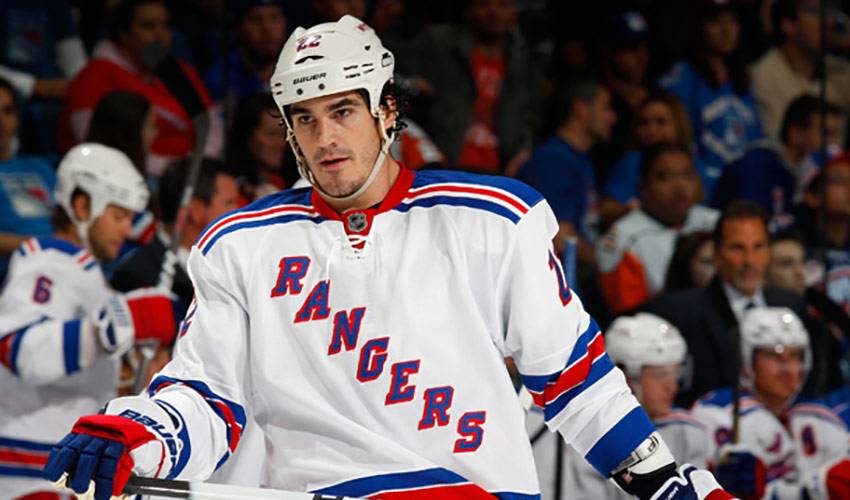 Brian BoyleWhile most hockey players battle butterflies and knocking knees prior to their first NHL game, that wasn't the case for

He had always waited for the day, the one where a dream would be realized, specifically, skating in his first big-league contest.

But for Boyle, it didn't go quite exactly as he had anticipated.

“You have that expectation of what most players would go through in their first game,” said the Massachusetts native, who was selected in the first round, 26th overall, by the Los Angeles Kings in the 2003 NHL Entry Draft. “For me, I didn't get to deal with any nervous moments.”

Instead, it ended up being a somewhat frenetic chain of events that eventually led to his debut against the New Jersey Devils on February 2, 2008.

“I was playing with Manchester (the Kings' American Hockey League affiliate) and got the call that I was going to be playing that night,” recalled Boyle, who played four seasons at Boston College before making his professional debut with the Monarchs, in 2007. “I couldn't get a flight, so I called my dad, who lives reasonably close to Manchester, to drive me. We were pressed for time and he had pneumonia, so it started to get a little crazy.”

Thankfully, the Kings sent a car service to pick up Boyle and bring him to New Jersey.

“At one point, I'm thinking this is going to be just the way it was when I was kid,” recalled Boyle, who was a 2004–05 HE All-Tournament Team selection and 2004–05 HE Tournament MVP recipient. “We'd be running a bit late and I'd have to get changed in my dad's car. When I told him I had a car coming, he was somewhat relieved because he wasn't feeling well. He said, ‘Alright, good luck. I'm going back to bed.”{{QUOTE}}

Boyle's first assignment on his first shift? Take the face-off.

“The coach, it was Marc Crawford at the time, said, ‘Okay, get out there take the draw.' I just jumped over the boards and made my way to the circle.”

A memorable moment it was not.

“I lost that face-off hard, it wasn't good,” laughed Boyle. “I had no time to be in awe of anything or anyone. I was just focused on doing something positive.”

Although they lost the game 6-3, there was at least one good thing Boyle got to experience: his first NHL goal. He scored four goals in his first seven NHL games, three in his first four.

Now, Boyle, who was traded by the Kings to the New York Rangers for a third-round pick in 2009 on June 7 of that year, is hoping to have more of those big games with the Original Six club.

“There have been ups and downs throughout my career and sometimes things can go either way,” offered the 26-year-old. “There are moments when you're discouraged, but all you strive for in those times is hoping that it makes you a better player.”

Last year, Boyle had 21 goals and 35 points in playing all 82 regular season games with the Rangers.

And while he hasn't had the same type of offensive success to start the season, Boyle's confidence isn't suffering.

“Obviously, I'd like to pick up some points and contribute in that way, but when things don't work out in one facet of your game, you can always look to other things to make an impact. Whether that's playing physical, being strong on the forecheck or blocking shots, there is always something that you can do.”

Boyle's passion for the game hasn't ebbed either.

“I watched a lot of games when I was growing up in the Boston area,” he recalled. “I would love to watch guys like (former Boston stars) Ray Bourque, Cam Neely and Andy Moog. I was always enthralled by watching them play. It always made you dream of what it would be like to play in the NHL. I actually got to meet those guys and coaches during a practice. It was a great time.”

Boyle's hoping he and the rest of the Rangers can experience similar for themselves in 2011-12.

“We all know how tough it is to earn a playoff spot,” he said. “It all starts from game one. And that's all that matters, really, getting the chance to battle for the Stanley Cup.”