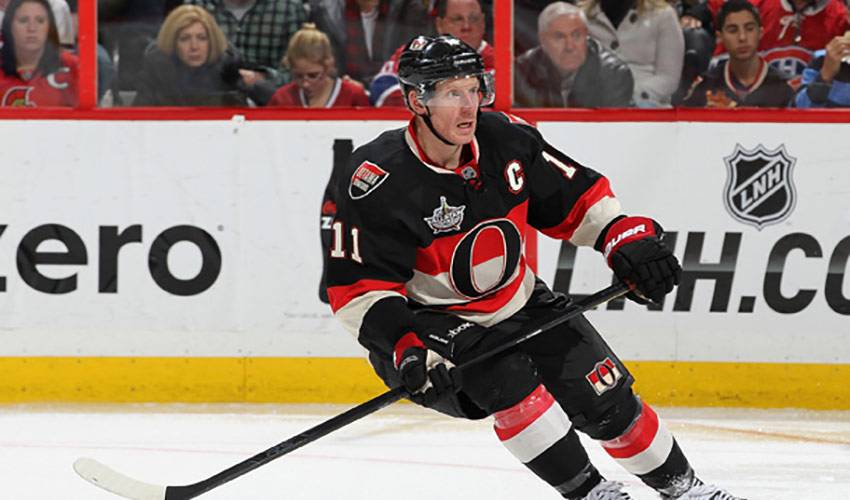 For someone who doesn't consider himself to be a big goal-scorer, Daniel Alfredsson, who recently reached another impressive milestone, seems to be pretty adept at putting the puck in the net.

The night of December 30 couldn't have been better scripted for the respected veteran leader of the Ottawa Senators, a player who noted, ‘I've never really been the type of guy to score a lot of goals, even when I played back home in Sweden.'

His career numbers beg to differ.

In front of a packed house, including friends and family, in a home game against the Calgary Flames, it was Alfredsson, in search of his 400th career NHL goal, who gave everyone, his parents and teammates included, a memory to last a lifetime.

With the game in overtime and the Senators on the power-play, the Ottawa captain took a short pass and blasted home the game-winning tally, earning his team a valuable two points, with the Swedish superstar becoming the 86th player in the history of the league to reach 400 goals.

“I don't think I could have ever dreamed that type of moment up, even if I tried really, really hard,” Alfredsson told NHLPA.com, just one night after he scored another extra-frame winner in a 3-2 home triumph over the New Jersey Devils. “It was a very special night and I'm very fortunate to have done it with my parents in the crowd and in front of our home fans.”{{QUOTE}}

Drafted 133rd overall in 1994, Alfredsson has played every game of his NHL career with the Senators, holding a slew of franchise records, including goals, assists, and points. The right winger, who won the Calder Memorial Trophy as rookie of the year in his first NHL season in 1995–96, has played for Sweden internationally thirteen times, including the 2006 gold medal-winning Olympic squad.

Yet for all his individual accomplishments, the 39-year-old has relished the opportunity to share his accolades and honours with those closest to him.

“That's one of the most special things about it all,” said Alfredsson, who recorded a career-high 103 points in 2005-06. “I really wanted to be able to get the 400th goal with my parents here because they've obviously done so much for me and supported me throughout the years.”

Alfredsson was also touched by the reaction of his teammates.

“I remember right after the goal everyone started jumping,” recalled the 5'11”, 205-pounder. “It was a great feeling to share that with the guys. I think (teammate and fellow Swede) Erik Karlsson was even more excited than me.

“Whether it was the young players, or guys like Jason Spezza, Chris Phillips and Chris Neil, who have all been here with me for a long time, it was very meaningful to see how happy they were for me.”

The native of Gothenburg is humbled by the company he now keeps.

“When you look at the players who have scored 400 goals, and a lot of them are better at scoring goals than me, it's unbelievable,” admitted the father of four sons. “You feel lucky and you feel very fortunate in so many ways.”

With four NHLPA-recognized milestones (1,000 games played, 400 goals, 600 assists and 1,000 points) to his name, there aren't too many individual marks Alfredsson hasn't experienced.

But true to his nature, Alfredsson's main goal is to see the Senators succeed.

Considered a longshot to nail down a playoff spot in the Eastern Conference in 2011-12, Ottawa, who missed out on last year's Stanley Cup playoffs, find themselves in the thick of the post-season race.

“We have a determined group of guys and we have great support from our fans,” noted Alfredsson, who has recorded two 40-goal NHL campaigns. “It would be great to deliver a championship to the city.”

As for the latest big moment in his career, Alfredsson, who, along with teammates Erik Karlsson, Jason Spezza and Milan Michalek, were voted by the fans as starters for the upcoming All-Star Game in Ottawa, still can't quite believe how it all unfolded.

“It was going to happen, but to come at home, with my parents in the crowd, and winning the game, I don't think it could have been any better.”