At the Hart of All-Star Weekend

After a strong start to the season, Scott Hartnell is excited to take part in the 2012 All-Star festivities 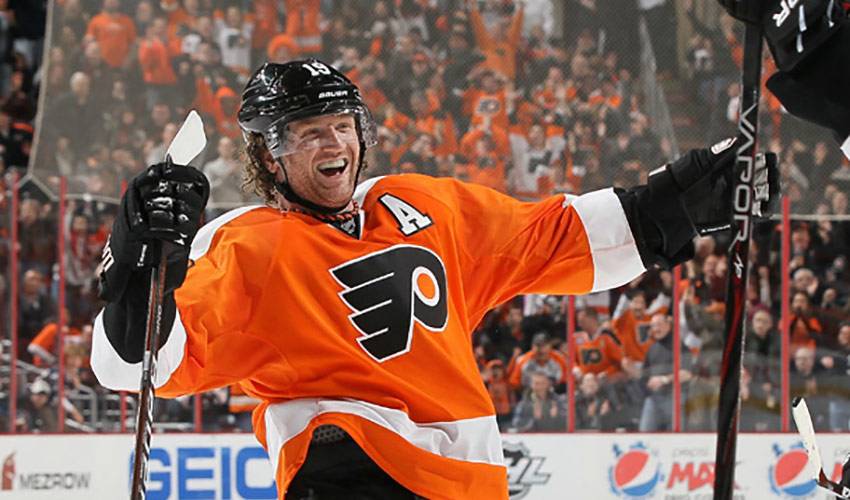 Scott Hartnell might have been in a rush to pack and head to Ottawa for Sunday's All-Star Game, but he had all the time in the world to talk about his selection to the lineup.

When he answered the phone, it was obvious Hartnell, recently chosen to participate in the 59th edition of the All-Star Game, was in a bit of rush.

“Things are a little crazy,” he told NHLPA.com. “Could I give you a ring back in a few minutes?”

While a few minutes turned out to be an hour, there was absolutely no mistaking Hartnell, in the midst of his finest NHL season, is thrilled to heading to Ottawa.

“It's pretty crazy trying to get things organized, making sure my mom's travel arrangements to get to the game are in order and trying to get tickets for friends and family sorted out,” laughed Hartnell, who was named to the team on January 24. “Lots of running around, for sure, but that's okay.”{{QUOTE}}

His offensive output in 2011-12 has produced downright gaudy numbers, including 25 goals, putting him well within striking distance of his career-best of 30, in 2008-09.

Hartnell leads all NHLPA members in power-play goals with 13. The native of Regina, Saskatchewan, leads the Flyers in plus-minus ranking (+18) and is second on the club in points (25 goals, 19 assists and 44 points).

It all adds up to a spot in the annual All-Star Game.“It's going to be very special,” said Hartnell, who spent two seasons playing for the Prince Albert Raiders of the Western Hockey League (WHL) and in 1999-00, as captain, led the team with 82 points and was named team MVP. “It really is a great feeling, something really cool. Bu it's a little hard to put in perspective right now.”

He is, however, able to clearly assess the reasons as to why he finds himself enjoying his most prosperous NHL season to date.

“Looking back, I think I've evolved into a more complete player,” said the sixth overall selection of the Nashville Predators in the 2000 NHL Entry Draft. “I always wanted to be a well-rounded player. Early on, my name and number would be on the stat sheet for hits and penalty minutes. In junior, I was able to produce offensively. I think I've learned to adapt better and it's worked out well.”

So well, in fact, he'll find himself competing with and against some of the league's very best.

“It's unbelievable, really,” said Hartnell, who holds Predators' franchise record for fastest two goals scored by an individual (23 seconds). “It's great to be involved in this game.”

Hartnell, who scored his 200th career goal against the Washington Capitals on December 13, 2011, is also eager to take part in one aspect of the event he used to watch with great interest before his NHL days.

“I always recall watching the All-Star skills competition,” he remembered. “The fastest skater, the breakaway event, I loved watching the whole thing. When you're a kid, you think to yourself what it would be like to take part in something like that.”

Now, Hartnell, who won the Norwegian hockey championship with Vålerenga in 2004-05 during the NHL lockout, also taking playoff MVP honours, will get that cherished opportunity.

“I want to enjoy every minute of it and I can't wait to get out there,” he offered. “I'll be wearing a big smile the whole time.”

He'll also have some business to take care of.

“I'm definitely bringing some things to get signed by the other guys,” he admitted. “I'll be getting a few autographs so that I can always remember this moment.”

A moment he can share with family and friends.

“It will be fantastic to have so many people supporting me in the stands,” said Hartnell. “It's been pretty crazy since I got the news, but I've been excited ever since. I'll certainly make the most of it.”

Which is precisely what Hartnell has done throughout his All-Star campaign.