A Seed Planted in Kelowna

Alex Edler only spent one season with the Kelowna Rockets, but his time there vaulted him and his play into the player the Canucks now count on 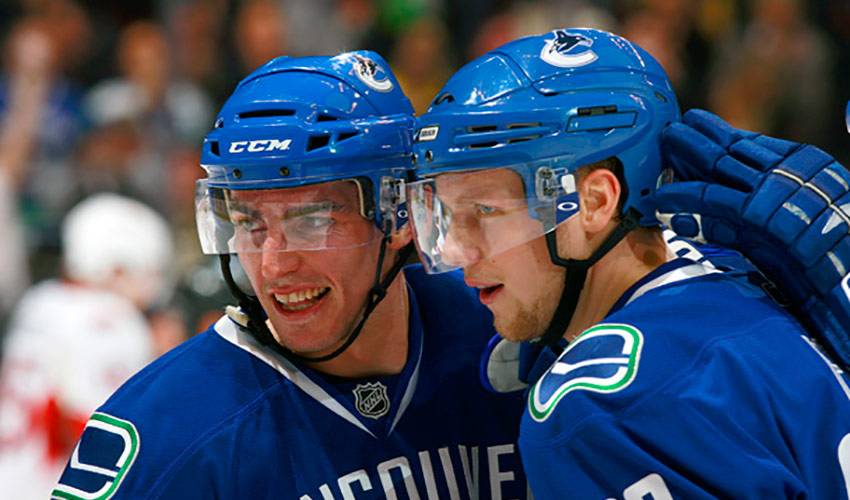 Although Alex Edler would struggle during the early point in his one and only season with the Kelowna Rockets, there was one man that knew the defenceman was going to be something special.

Bruce Hamilton, one of the most notable names in Canadian junior hockey, the man who holds the titles of owner, president and general manger with the Western Hockey League's Kelowna franchise, wasn't quite sure what to expect when the teenage kid from Sweden suited up for the Rockets in 2005-06.

It was Thomas Gradin, a former star for the Vancouver Canucks, who has held various scouting roles with the team since the 1990s, including his current job as Associate Head Scout, who convinced Kelowna brass to give his fellow countryman a shot.

Certainly, the raw talent was there for the player the Canucks had selected 91st overall in the 2004 NHL Entry Draft.

“It was Alex's first time away from home and he struggled through the first half of the season,” recalled Hamilton, of Edler, who had played at the under-17 level with his hometown district team of Jämtland in 2001 and 2002, joining Jamtlands HF, a Swedish third-tier team in 2003–04. “At one point, we didn't know what we had on our hands.{{QUOTE}}

“But then Thomas came and spent about a week to 10 days with him,” Hamilton continued. “He spoke Alex's language and they had the same meals from back home. It really made a difference.”

“Just after Christmas, Alex just started playing his game,” recalled Hamilton, of Edler, who recorded 13 goals and 53 points in 62 games with the Rockets, ranking fifth among WHL defencemen and fourth among rookies in scoring.

“He really did blossom. By the end, it was not a surprise to us that he was going to go on and be an NHL player. When he left here, we were contacted about him perhaps coming back as an overage player. We knew that wasn't likely to happen.”

For Hamilton, there was plenty to like about Edler, not just for what he did on the ice, but in how he handled himself away from the rink.

“I couldn't stress enough just how good of a person he is,” praised Hamilton, of Edler, who appeared in 22 games for the Canucks in 2006-07, earning a full-time spot on the roster in 2007-08. “His demeanor...he's quiet and still is, but he fit in well with the guys on the team. We had (NHLPA members) Luke Schenn (Toronto Maple Leafs) and Tyler Myers (Buffalo Sabres) on our team during the time Alex was here and he was able to fit in with our corps. We never questioned his abilities, but Thomas and our coaching staff, they really helped Alex. That played a huge part in how things turned out for him.”

The player who had once been tentative and lacking confidence left Kelowna quite the opposite.

Hamilton couldn't be happier for Edler, who still comes back to visit Kelowna, the same person who keeps in contact with the family he stayed with during his time with the Rockets.

“You could see he felt the pressure to want to perform when he first got here,” recalled Hamilton, of the blueliner who skated away with 2007 rookie of the year honours as a member of the Manitoba Moose (Vancouver's American Hockey League affiliate). “But you could also see he could skate, he could shoot and he could pass. Once everything came together for him, he didn't shy away from anyone or anything. He'd be in the middle of it. You knew things would be fine.”

Yet, for all his successes, Edler, who had 11 points in 25 playoff games in 2010-11 as Vancouver made it all the way to Game Seven of the Stanley Cup Finals, remains the same “good person” Hamilton still speaks so glowingly of.

“He hasn't forgotten us,” offered Hamilton, of the 2012 NHL All-Star Game participant.

It's obvious the Kelowna Rockets haven't forgotten him either.