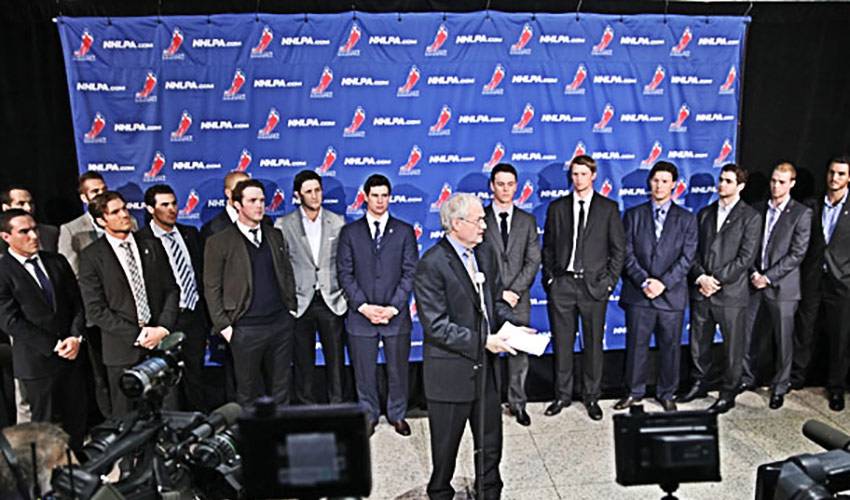 With the owners’ lockout now into its fifth week, the NHLPA and the NHL are scheduled to meet on Thursday at the NHLPA’s offices in downtown Toronto, as negotiations continue in an effort to reach a new collective bargaining agreement.

Following internal review among staff and players, the NHLPA plans to respond to the owners’ proposal that was presented to the players on Tuesday.

In preparation for the bargaining session on Thursday, NHLPA Special Counsel, Steve Fehr said "we're studying their proposal and look forward to responding to it later today.”

As has been the case throughout the CBA bargaining process, a large group of players are in Toronto to take part in Thursday’s negotiation session. The 18 players in attendance include: