A Big Hit in Detroit

Known for his physical style, Niklas Kronwall is extremely respected both on and off the ice with the Red Wings 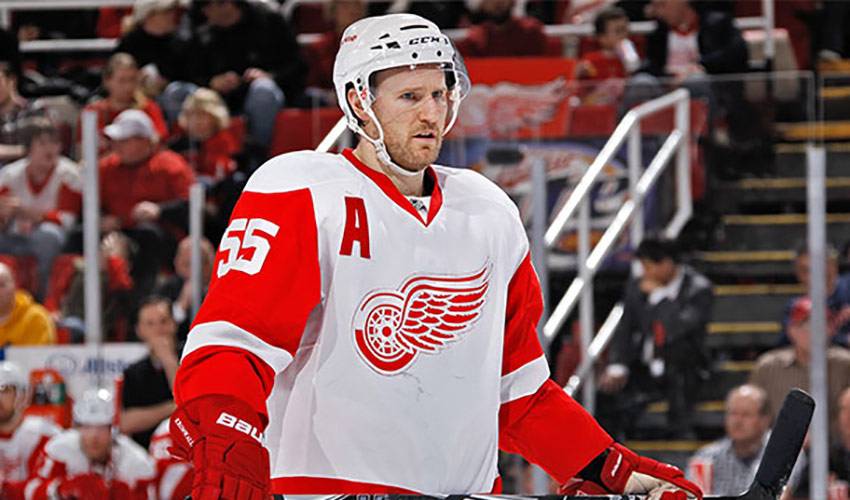 Niklas Kronwall has a well-deserved reputation as one of hockey’s hardest hitters, and now that the CBA has been agreed upon and ratified, he will once again bring that physical style to NHL arenas. But there were two recent occasions where the situation did not allow him to deliver his trademark bone-rattling checks.

The defenceman known across the NHL for his heavy hits knew long before he took to the ice for a pair of charity games that he wasn’t going to bring out his trademark physical style when the puck was dropped. And, at least for those pair of games, he was fine with it. “Those games are certainly not suited for the way I play,” laughed Kronwall, in reference to charity events in Windsor, Ontario, that raised money for a children’s cancer foundation and the RBC Charity Challenge in Toronto that raised $100,000 for grassroots hockey initiatives. “They are all about fun and skill. There was a lot of finesse out there for those games, but that’s not me.” Perhaps not, but the humble Swede is certainly not a one-hit wonder, so to speak. He’s reached double digits in goals the past two seasons. Still, Kronwall takes pride in what the two games represented. “They were about people coming together to help raise money and awareness for good causes,” said the 31-year-old native of Stockholm. “That’s why people get involved. It doesn’t matter about the score or who gets the goals. You just want to help out.” That doesn’t mean Kronwall didn’t enjoy himself when he suited up for Team (Steven) Stamkos in the RBC Charity Challenge. “The one thing that was really amazing was to see just how talented and skilled some of the guys are in a game like that,” recalled Kronwall. “It certainly isn’t me, but that didn’t matter at all. You take away an appreciation for just how good these guys are and what they can do. It wasn’t about delivering a big hit. It was about having fun with your fellow players and the fans.” Kronwall at least had the opportunity to deliver something over holidays. “I hit a lot of the malls for Christmas shopping,” he said. “It was pretty crazy, but I think I did okay.” He spent the holidays in the Detroit area, hanging out with countryman and teammate, Mikael Samuelsson. “You miss certain things from back home, for sure,” said Kronwall. “You miss the food, but we did our best to try and come up with a few Swedish things. All you want is for your family and friends to be happy and to enjoy themselves.” What’s the one thing he was most homesick about? “Every Christmas Day, at 3 p.m., almost everyone in Sweden watches Donald Duck and friends on TV,” he offered. “That’s the tradition. I guess you make new ones as you go along and do things a little different than what you’re used to.” Soon enough, Kronwall will have the opportunity to do something familiar, at least on the ice, where he can finally dole out some of his trademark bodychecks. “I always dreamed about what it would be like to play for an Original Six team,” said Kronwall. “To have the chance to play for Detroit and be around so many great players, it’s better than I could have imagined. I just want to play my game and do whatever it takes to help bring another Cup to Detroit.” With a new CBA deal agreement in place, Kronwall, after having to play a more conservative style in recent times, will get to show why he’s such a big hit, literally and figuratively.