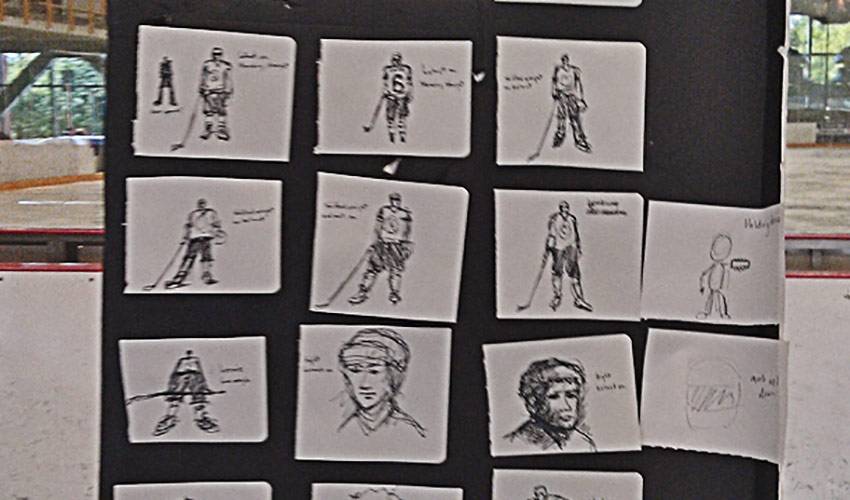 You might have seen Verizon’s new TV spots promoting NHL GameCentre Premium. The two commercials have been airing for about a week and feature several fan favourite players from the Los Angeles Kings and the Philadelphia Flyers including Scott Hartnell, Matt Greene, Jarret Stoll, Jonathan Quick, and Dustin Brown.

What you didn’t see though, was all the behind-the-scenes action as the videos were shot. We’ve got photos from the set of both commercials so you can see exactly what went into creating the fun TV spots.

The first video features Scott Hartnell telling the locker room to quiet down so he can watch himself on his smartphone. His team’s reaction is priceless.

The second video features a whack of LA Kings around their arena catching live games and highlights as they get their equipment on in the locker room, meet with their trainers, and head out onto the ice.

The best part is when defenseman Matt Greene and goalie Jonathan Quick are chirping each other in the locker room about a goal let in.

Greene: “You could have had that save right there.”

Quick: “That was your guy though, right?”