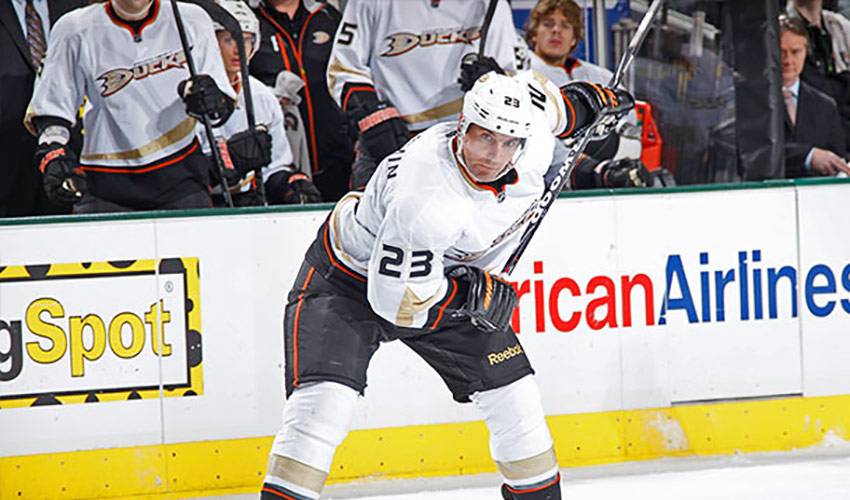 He felt he had what it took to at least have a shot at an NHL career. But, 500 games? Francois Beauchemin didn't quite expect that.

There was plenty to like about what he brought to the ice well before he was drafted 75th overall in 1998 by the Montreal Canadiens. He had some offensive pop, he was as reliable as they come in his own end, and by no means shy when it came to playing physical. The defenceman from Sorel-Tracy, about 45 minutes outside of Montreal, had all the traits necessary to play at an elite level. "I always felt that I could make it to the NHL, but as for how long I would play, I never expected it to be like this." Five hundred games and counting, to be precise. "I hoped that I could have a good career, how many games it would be, I was never certain," offered Beauchemin, who played four seasons in the Quebec Major Junior Hockey League, suiting up with Laval Titan Collège Français, Acadie-Bathurst Titan and the Moncton Wildcats. "I just wanted to work as hard as I could and whatever happened, happened." One Stanley Cup later (coming in 2007 with Anaheim) and playing a major role in the Ducks' surprising to some 2012-13 campaign, the 32-year-old Beauchemin is still going strong. He's also enjoying the game as much as he ever has. "I think when you look at our lineup, you see balance throughout," said Beauchemin, who played with Anaheim from 2005 and 2009, before returning to the Western Conference club via a trade in 2011. "You look at some of the offensive stars we have in Bobby Ryan, Corey Perry, Ryan Getzlaf and of course, Teemu Selanne. But it just seems that every night someone is stepping up and being that difference maker you need. I also look at our defensive group and our great goaltending, too. Everyone is doing their part. All you hope is that it keeps rolling." Beauchemin, though certainly not in the twilight of his career, is mindful of his veteran role, a role he readily embraces. He’s undoubtedly garnered the respect of his teammates. "Francois is one of those guys who just always has a consistency to his game," said Ducks' forward Dan Winnik. "He's someone you can rely on to be steady in everything he does. All that matters to him is seeing the team succeed and the young guys continue to develop." Once the wide-eyed rookie himself, Beauchemin doesn't get fazed by a tough shift these days. "When you first get into the league, you take things a lot harder when it doesn't go your way," offered the blueliner, who has skated in 61 NHL playoff games. "Once you are more established, you are able to deal with those things in a different way." One aspect of being an NHL player, no matter the amount of games played, Beauchemin notes, never changes. "Well, I still hate to lose," he said with a laugh. This season, Beauchemin and his fellow Ducks haven't had to contend with losing streaks. In fact, Anaheim finds themselves in the upper echelon of the Western Conference, proving many pundits wrong. After a 3-2 win against the Columbus Blue Jackets on February 18, Beauchemin and crew had five days off before a 4-3 overtime triumph over the Colorado Avalanche. Beauchemin's contribution in the latest win? A career-best four assists, a game-high 25:58 minutes of ice time and 29 shifts. Prior to the home ice victory, mixed in between practices and meetings, was a trip to Disneyland with his family and in-laws. "Going there is always fun, especially for the kids," he said. "You know what it's like. They got on the rides and they never want it to end. They just want it to keep going." Francois Beauchemin can certainly understand the feeling.