Sadly, after battling brain cancer, longtime NHL assistant coach Wayne Fleming passed away on Monday, at the age of 62. Players, executives and media from around the hockey world offfered their condolences, honouring a man who was highly respected within the game. 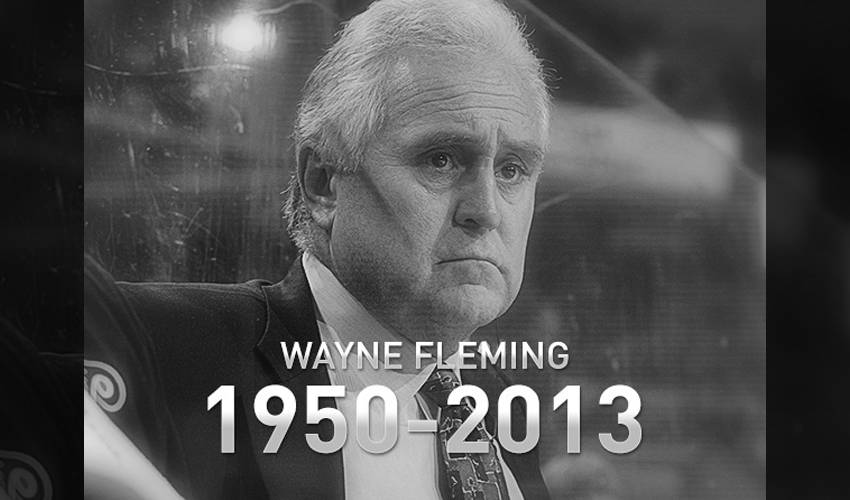 Sadly, after battling brain cancer, longtime NHL assistant coach Wayne Fleming passed away on Monday, at the age of 62.

A highly respected figure in the hockey world, he was a beloved coach to many players, in a career that spanned 14 seasons in the NHL. Fleming made coaching stops with the New York Islanders, Phoenix Coyotes, Philadelphia Flyers, Calgary Flames, Edmonton Oilers and Tampa Bay Lightning. Internationally, he coached in Sweden, Germany and Russia as well as being part of two Olympic coaching staffs for Canada, winning a silver medal in 1992 and a gold medal in 2002.

After the news broke on Monday evening, condolences from around the hockey world began to pour in, including messages from players, executives and prominent media.

Players like Steven Stamkos, Nate Thompson, Victor Hedman, Sam Gagner and Eric Nystrom took to social media to offer their heartfelt condolences for a man that they once played for:

Thoughts and prayers go out to the entire Fleming family. Wayne was a great coach and even better man.#RIP

Thoughts and prayers go out to the entire Fleming family. Wayne was a great coach but an even better person. He will be missed deeply

It was an honor to know and play for Wayne Fleming. My deepest condolences go out to his whole family. #hewillbemissed #rip

Sad to hear of the passing of Wayne Fleming. Was lucky enough to have him as a coach for a season. A great person. RIP Flemmer.

So sad to hear about Wayne Fleming passing. One of my 1st pro coaches. He could sure run a bag skate. hockey lost a great man today! RIP

"Hockey Canada has lost a great friend, and the hockey world has lost not only a tremendous coach, but a wonderful man," Bob Nicholson, president and CEO of Hockey Canada said in a statement.

The Calgary Flames, as well as Flames president and CEO Ken King, also sent condolence messages via Twitter, praising a man who once coached in their organization.

The hockey world has lost an incredible man in Wayne Fleming. Our condolences go out to his wife Carolyn & his family. RIP Wayne.

"Wayne was a great coach, a tremendous family man and friend to us all." - Ken King