Between The Bluelines With Marian Gaborik 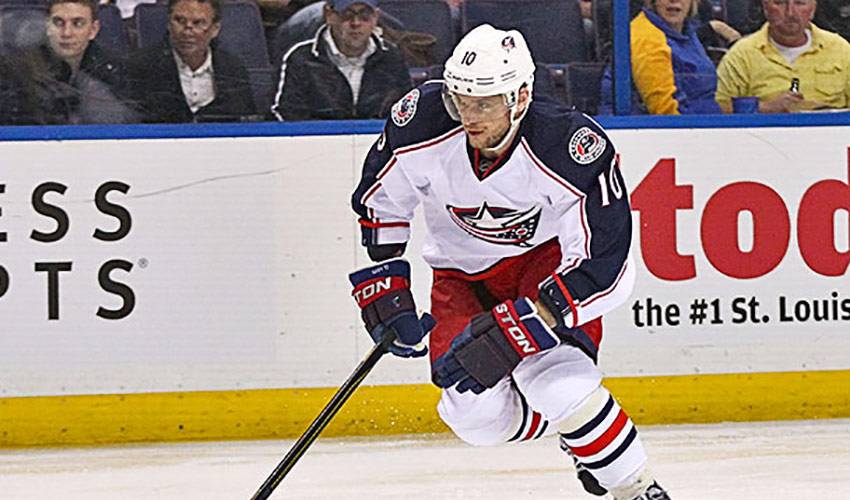 He’s made life miserable for opposition goalies over almost 800 NHL career games, a lethal combination of speed and skill. But despite his penchant for putting the puck in the net, Marian Gaborik is always looking at ways to make himself an even bigger threat.

A new team and new city hasn’t stopped Gaborik from making his presence known. Dealt from the New York Rangers to the Columbus Blue Jackets, the forward has six points in his last five games with the Western Conference club, in the thick of the playoff fight. Here are 5 things you need to know about the 31-year-old right winger. NO SOLO GOALS: “You always do what’s best for the team,” said Gaborik, who led the Slovakian team in the Under-18 World Championships in scoring and finished fourth among all players with six goals and eight points (6-2-8) in six contests. “That’s what I want to do every time I play.” MIND GAMES: ““I always try and focus on what I want to do just before we go out for the pre-game skate,” said Marian, who became youngest player (18 years, seven months and 20 days) to score an NHL expansion team’s inaugural goal, achieving the feat on October 6, 2000, at Anaheim. “You try and give yourself as much confidence as you can.” NOTHING PERSONAL: “Sometimes you can take things pretty hard, but if you stay positive, it motivates you to go and out and be at your best.” IF THE JACKETS FIT: “Obviously, there are many differences between Slovakia and North America, but I was made to feel comfortable from the very first day,” said Gaborik, who played in 71 games during first NHL season and ranked first on the Wild in points (36), shots (179) and tied for first in goals (18). “You miss a lot of things about your home, but I’m very happy to be playing here.” LOOKING BACK, LOOKING AHEAD: “The biggest thing you have to battle when you are a rookie is trying to impress too much and not stick with what you can do best,” said Gaborik, who completed his final season with Dukla-Trencin of the Slovakia Senior League by scoring 25 goals in 50 games in 1999-2000. “I wanted to get better at each major point in the season. That was my main goal. It still is.” What’s the best way to introduce yourself to your new teammates and fans? For Marian Gaborik, his first game with Columbus resulted in four points, two for himself, including the game-winning tally, and two points for the Blue Jackets, who defeated the Nashville Predators. Hardly surprising considering Gaborik scored five goals in one game in 2007. But for a player known for his individual flair, the Slovakian native is a team player. “It’s all about supporting one another when you are out there,” he said. “To get a win in this league, everyone has to play their part. When you can do that, usually good things happen.”

Gabby Grabs The Spotlight in Ottawa