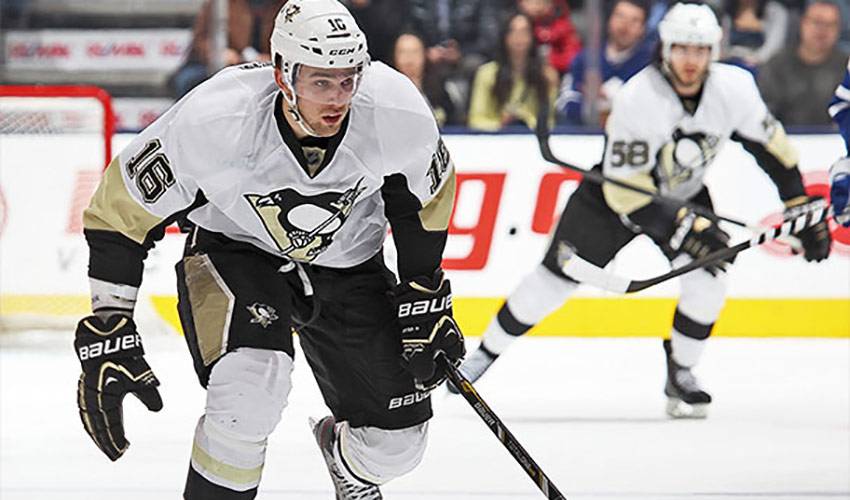 Brandon Sutter proved that it’s not how you start, but rather it’s how you finish that truly makes a statement.

One day before his Pittsburgh Penguins took on the New York Islanders in game one of their Eastern Conference quarter-final pairing, Sutter, in his first season with the two-time Cup champions, looked back at his beginning with the club.

“I think when you come to a new team, sometimes there is a tendency to try and do too much,” said the 24-year-old, who came to the Penguins via a trade with the Carolina Hurricanes in June of 2012. “I think that was the case for me for the first 10 games or so. You’re learning a new system and skating with new teammates. It takes some time to feel truly comfortable.”

Rather than second-guess himself, Sutter, drafted 11th overall by Carolina in 2007, took a more measured approach at regaining his confidence.

“There was a moment when I realized that I didn’t need to overthink things, that I just had to go out there and play,” he recalled. “It was just about being relaxed and knowing what I have to do. I just had to play my game.”

His formula for success paid off.

At season’s end, Sutter scored 11 goals, five of which were game-winning tallies. He finished the year with assists in three straight contests and played meaningful minutes as Pittsburgh secured the No. 1 seed in the East.

“Over the course of any season, there are always going to be ups and downs,” noted Sutter. "It was nice to score some goals and you’re never upset when they turn out to be the ones to win games. On the whole, I’m happy with how it turned out.”

Sutter’s even more elated, however, at getting the chance to experience NHL playoff hockey for the first time.

It was certainly worth the wait, as the Penguins beat the Islanders 5-0 in the curtain-raiser of their quarterfinal clash.

Sutter played 17:13 minutes, blocked one shot and saw 2:44 on the penalty kill, along with one hit and one takeaway. He had a goal in a 6-4 loss to the Isles in Game Four on Tuesday night.

“There are some things you are able to accomplish that might go unnoticed,” he offered. “Playing a strong game in the defensive zone, breaking up a pass on the penalty kill, things like that. The days of easy series in this league are over, so you have to do a lot of things, both individually, and as a team, to get the win.”

“A few of us are new to being in the playoffs,” he said. “It really is as exciting as you think it will be. I’d been waiting for that moment for awhile, so to be here, it’s really a great feeling.”

Don’t expect Sutter to tinker with his game plan.

“I’m just going to stay on an even keel and play my game. That’s the best approach for me.”