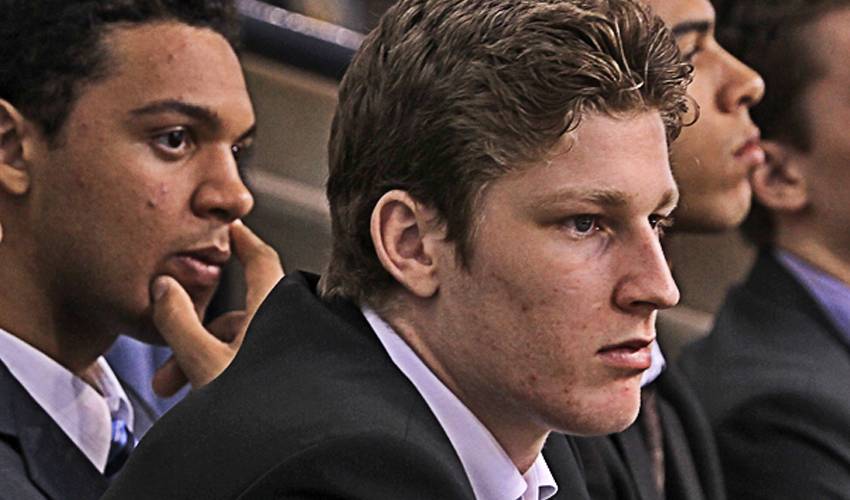 With less than two weeks until the 2013 NHL Entry Draft, four top prospects got a taste of what’s to come at Game Three of the Stanley Cup Finals. Nathan MacKinnon, Seth Jones, Darnell Nurse, and Jonathan Drouin were all invited to TD Garden in Boston for a whirlwind day of getting a chance to meet some of the game’s biggest stars and personalities, while also experiencing the mania of NHL hockey first hand.

The prospects kicked off the day by taking in the morning skates of the Boston Bruins and the Chicago Blackhawks. They were then interviewed by legendary Hockey Night in Canada personality, Don Cherry for a ‘Coach’s Corner’ segment that ran during the Game Three broadcast. Following the practices, they then had the opportunity to head into the teams’ dressing rooms to chat with some of the league’s biggest stars, like Tyler Seguin and Jonathan Toews. While talking to MacKinnon, Seguin noted that just a few short years ago, he was in Mackinnon’s position, where he had a chance to meet Patrick Kane for the first time. Now, Seguin and Kane are battling it out for the Stanley Cup. The prospects ended their day watching Game Three, hoping that by this time next year, they will have shared the ice with some of these NHL stars.

It was a another great experience for the young prospects on the road to them fulfilling their dreams of playing in the NHL against the best players in the world.