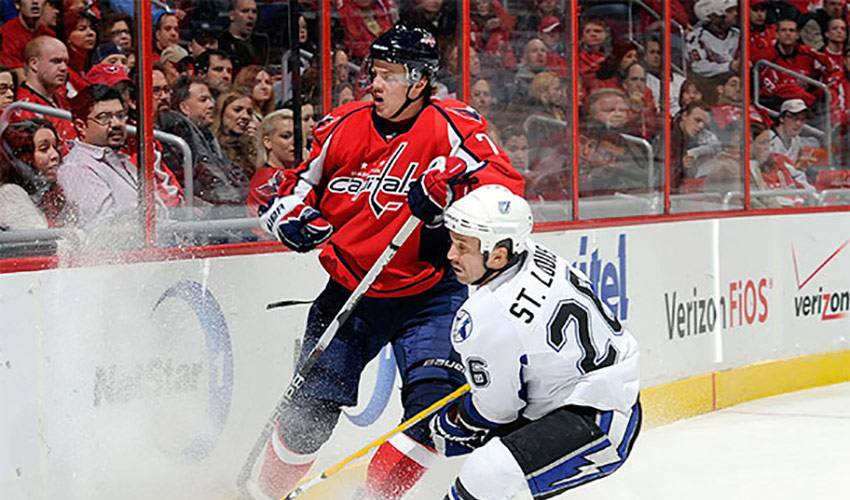 “After testing hybrid icing during the preseason games, the players participated in a survey and a majority of teams supported this rule change in an effort to make the game safer,” said Mathieu Schneider, NHLPA Special Assistant to the Executive Director. “We are hopeful that the implementation of the hybrid icing rule, which is a middle ground between the old rule and no-touch icing, will help minimize the incidence of Player injuries on icing plays.”

For the purpose of this rule, the center red line will divide the ice into halves. Should any player of a team, equal or superior in numerical strength (power-play) to the opposing team, shoot, bat or deflect the puck from his own half of the ice beyond the goal line of the opposing team, play shall be stopped.  For the purpose of deflected pucks, this only applies when the puck was originally propelled down the ice by the offending team.

For the purpose of this rule, the point of last contact with the puck by the team in possession shall be used to determine whether icing has occurred or not. As such, the team in possession must “gain the line” in order for the icing to be nullified. “Gaining the line” shall mean that the puck, while on the player’s stick (not the player’s skate) must make contact with the center red line in order to nullify a potential icing.

For the purpose of interpretation of the rule, there are two judgments required for "icing the puck". The Linesman must first determine that the puck will cross the goal line. Once the Linesman determines that the puck will cross the goal line, icing is completed upon the determination as to which player (attacking or defending) would first touch the puck. This decision by the Linesman will be made the instant the first player reaches the end zone face-off dots with the player's skate being the determining factor. Should the puck be shot down the ice in such a manner that it travels around the boards and/or back towards the end zone face-off dots, the same procedure shall be in effect in that the Linesman shall determine within a similar distance as to who will have touched the puck first.

If the race for the puck is too close to determine by the time the first Player reaches the end zone face-off dots, icing shall be called.

The puck striking or deflecting off an official does not automatically nullify a potential icing.