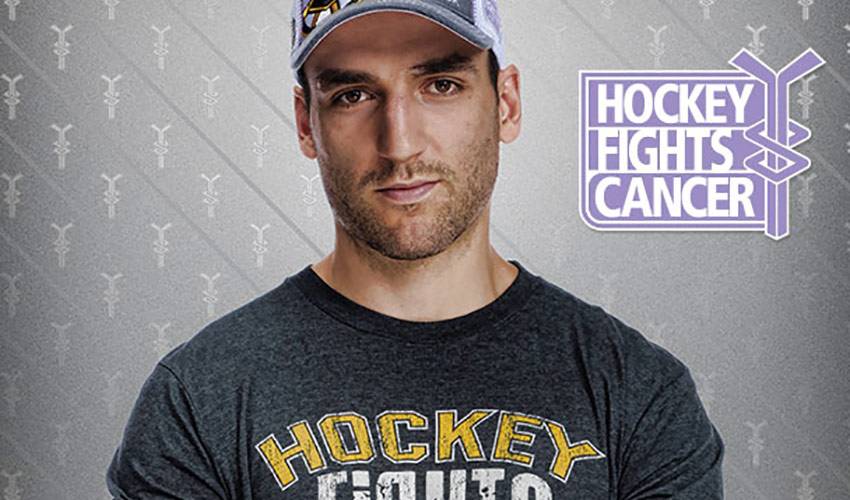 Donations by NHL and NHLPA’s Joint Initiative Poised to Reach $13 Million by Oct. 31

NEW YORK / TORONTO (Oct. 9, 2013) – The 2013-14 season marks the 15th anniversary of Hockey Fights Cancer™, the National Hockey League (NHL) and the National Hockey League Players’ Association (NHLPA) joint charitable initiative dedicated to raising awareness for national and local organizations involved in cancer care and research. This month, the NHLPA and the NHL will mark this milestone with the annual Hockey Fights Cancer Awareness Month campaign. Over the course of 31 days this month, the NHL and NHLPA will distribute more than $200,000 in grants to national and local cancer organizations in all 30 NHL® markets, bringing the total amount Hockey Fights Cancer has donated to this important cause to approximately $13 million since its inception in 1998.

“Fifteen years ago, the hockey community united to create Hockey Fights Cancer,” said Kenneth Martin Jr., NHL Vice President of Cause Marketing. “Our commitment to this cause is unwavering and is most evident every October when we celebrate the start of a new season with a spotlight on Hockey Fights Cancer. The NHL is honored to continue our work with the NHLPA and the entire hockey community.”

“Hockey Fights Cancer represents a very important cause that the Players are proud to continue being a part of, together with the NHL, the teams, the fans and the entire hockey community, for the past 15 years” said Devin Smith, NHLPA Director of Marketing & Community Relations. “The NHLPA is excited about the fundraising efforts surrounding this year’s Hockey Fights Cancer Awareness Month, as we surpass $13 Million raised in the fight against cancer.”

All 30 NHL clubs will once again enlist its players, management and fans to join the fight. Each NHL Club will designate one home game as its Hockey Fights Cancer Awareness Night and feature a wide range of selected events and activities which, in the past, have included on-ice presentations, 50/50 raffles, promotional giveaways, contests, discount ticket offers and ticket donations to local children’s hospitals and cancer-affiliated programs. Young cancer patients from NHL Club communities will have a chance to be involved with in-game opportunities, including rides on the ice resurfacer, puck-drops and player meet-and-greets. NHL clubs will hold online, live and silent auctions of signed items and continue to promote awareness by participating in local hospital visits and fundraising runs and walks.

The Hockey Fights Cancer tie, the signature item in the line of commemorative merchandise for this worthy cause, will once again be worn by the hockey community throughout October. The lavender tie, manufactured by Vineyard Vines, is custom woven, 100% silk with a hockey stick pattern throughout. NHL coaches, broadcasters and team personnel will wear the commemorative tie during their NHL Club’s Hockey Fights Cancer Awareness Night games in October.

The full array of NHL-licensed commemorative and one-of-a-kind Hockey Fights Cancer items available for purchase include men’s caps by Reebok; ladies’ caps by New Era; skinny ties made by Sportin’ Styles; men’s, ladies’ and kids’ tees by Old Time Sports; and a ladies’ charm bracelet by LogoArt. The commemorative products will be available at Shop.NHL.com, select NHL Club stores and the NHL Powered by Reebok Store in New York City. For more information, visit hockeyfightscancer.com.

Below is a schedule of Hockey Fights Cancer Awareness Nights: