The Colorado Avalanche’s Worst Interview Ever

October 24, 2013
By:
Catherine Faas
Other News
viral video of the weekColorado Avalanche

In this week’s viral video, reporter Karl Kreefe experiences an incredibly tough day at the office when his interviews with Colorado Avalanche players goes awry. 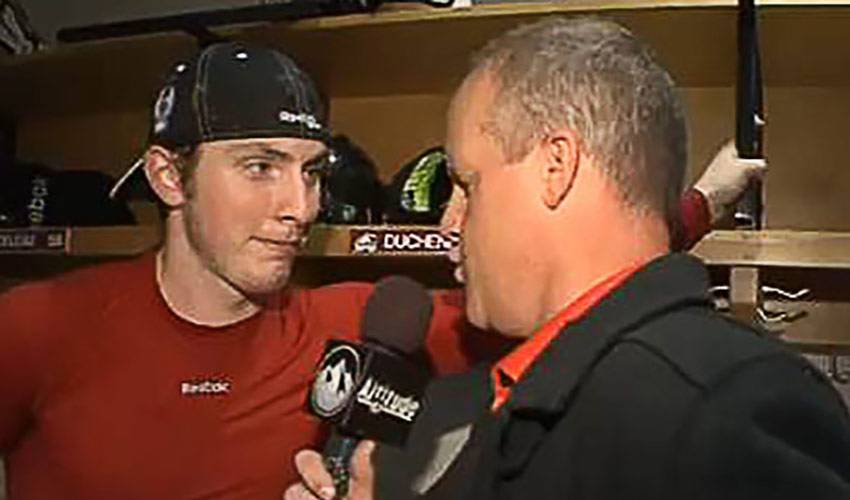 When Colorado Avalanche reporter Karl Kreefe showed up to interview the team for Avalanche TV, he should have been more prepared. From the very first question – where he embarrassingly mispronounces P.A. Parenteau’s name – it becomes apparent that Kreefe has not done his research… or ever interviewed a hockey player in his life.

Some of the funniest exchanges include Kreefe mistaking Alex Tanguay for Jean-Sebastien Giguere and when he tries to put his arm around Paul Stastny.