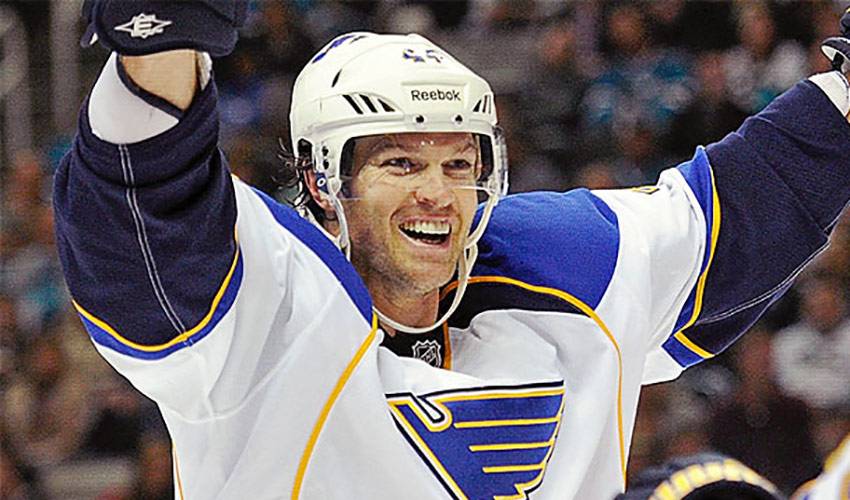 TORONTO (November 5, 2013) – Jason Arnott, a veteran of 18 National Hockey League (NHL) seasons, a Stanley Cup champion, and a 12-time 20-goal scorer – including three seasons when he scored over 30 goals – officially announced his retirement from the NHL today.

Arnott played for six teams – Edmonton, New Jersey, Dallas, Nashville, Washington and St. Louis – in his NHL career. He played in 1,244 NHL games, while scoring 417 goals, 521 assists and 938 points, and recording a plus-minus of +81 and 1,242 penalty minutes. Arnott’s career was highlighted by his Stanley Cup-winning goal for the New Jersey Devils in double-overtime in game six of the 2000 Stanley Cup Final against the Dallas Stars.

“I would like to thank everyone who helped me throughout my NHL career, including my family, friends, teammates and fans. Playing in the NHL was my dream, and I am very proud and appreciative of the fact I was able to play at the highest level for 19 years, with the best players in the world,” said Arnott. “Each of the teams I played for provided me with great experiences and memories, and our Stanley Cup team in New Jersey certainly stands out among all of them.”

A native of Collingwood, ON, Arnott was selected 7th overall in the 1993 NHL Entry Draft by the Edmonton Oilers following his junior hockey career with the Oshawa Generals.

In 1993-94, Arnott achieved immediate results in his NHL rookie season, scoring 33 goals (a career-high total he would later match in the 2008-09 season) and 68 points while recording 104 penalty minutes that earned him NHL All-Rookie Team honours. He scored his first career NHL goal on October 6, 1993 against the San Jose Sharks in his first NHL game. Arnott reached the playoffs for the first time with the Oilers in 1996-97 when he played in 12 playoff games and recorded nine points. After playing four-plus seasons in Edmonton, he was traded to the New Jersey Devils on January 4, 1998.

While with the New Jersey Devils, he had great postseason success. Following the Stanley Cup championship in 1999-00, he helped the Devils reach the Stanley Cup Final again in 2000-01. Over those two postseasons, Arnott played in 46 games and scored 16 goals and 35 points.

Following four years in New Jersey, he was traded to the Dallas Stars on March 19, 2002. Arnott was a key offensive contributor in Dallas, averaging 52 points in 73 games in his first two full seasons with the club before breaking out for a career-high 76 points in the 2005-06 season. He played four seasons in Nashville after signing with the Predators in 2006. During that time span he averaged 57 points, more than 26 goals and over 68 games played each season.

On June 19, 2010 he was traded back to the Devils from the Predators. After splitting the 2010-11 season between the Devils and the Washington Capitals, where he was traded on February 28, 2011, Arnott played the 2011-12 season with the St. Louis Blues. In his final NHL season, he played 72 games, scored 17 goals and 34 points, and helped the Blues reach the playoffs.

Throughout his career, Arnott was one of the top power forwards in the game. Listed at 6’5” and 220 lbs., he used his size to play a physical game that was complemented with a consistent scoring touch as evidenced by his career average of scoring 23 goals each season, along with 145 career power play goals. A two-time NHL All-Star (1997, 2008), he also was a key contributor to successful teams in his career, illustrated by his 64 game-winning goals and the 13 playoff teams he was a part of – including one Stanley Cup winner and one Stanley Cup finalist. Over the course of his career, he played in 122 NHL playoff games, scoring 32 goals and 73 points.