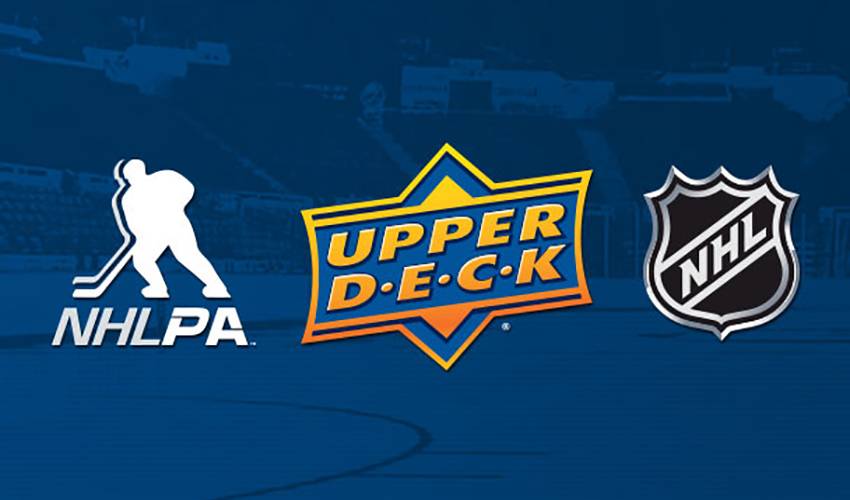 Upper Deck had been the exclusive trading card partner from 2004 through 2009-10, and is currently one of two licensed manufacturers through the 2013-14 season. Upper Deck has held NHL and NHLPA trading card licenses since the 1990-91 season, and will release the 25th edition of Upper Deck Series One Hockey this coming fall.

“The players are excited about the direction Upper Deck is taking NHL trading cards – not only in product development and collectability – but also in adapting to the needs of an ever-evolving hobby and retail landscape,” said Adam Larry, NHLPA Director of Licensing. “We're extremely pleased to continue our partnership with Upper Deck -now 25 years and counting - and look forward to working with them and all the category stakeholders to enhance hockey trading cards for current and future collectors alike. While we are excited about the future of hockey trading cards, we would be remiss if we did not thank Panini America and we look forward to their remaining hockey card releases.”

"For nearly 25 years, Upper Deck has been delighting and surprising NHL fans and collectors with innovative officially-licensed hockey trading cards and collectibles,” said Dave McCarthy, NHL Vice President of Consumer Products Licensing, Hardlines. “Upper Deck’s passion for our sport is evident with their commitment to making great products, marketing them aggressively and seeking new ways to enhance our fans and collectors’ love of the game. We are proud to extend the exclusive license for trading cards to Upper Deck and look forward to working closely with all stakeholders for category growth in the coming years.”

The first product to be released under the new agreement will be MVP, arriving in August with a 300-card base set and an array of enticing parallels. Collectors also will be happy to hear that O-Pee-Chee, the most comprehensive base set of the year, featuring 600 different player cards will be making an exciting return in September. In October, Artifacts is back chock-full of exciting memorabilia and autograph cards. More product details will be announced soon.

“I cannot think of a better way to celebrate Upper Deck’s upcoming 25th anniversary of producing hockey cards than with this exclusive partnership announcement,” said Jason Masherah, President of Upper Deck. “Since 1990, Upper Deck has been delivering the most innovative, high quality hockey cards to fans across the world, and this deal will allow us to add even more brands and excitement to our growing hockey portfolio.”

Upper Deck, headquartered in Carlsbad, Calif., is a worldwide sports and entertainment company built on the pillars of quality craftsmanship, authenticity and innovation with a dedication to creating products that turn memorable moments into collectibles. Upper Deck revolutionized the sports trading card experience with anti-counterfeit holograms, high quality card stock and stunning photography in its inaugural 1989 baseball set, and since then its mission has been to capture the excitement of the game and deliver it to fans of all ages. The cornerstone of Upper Deck’s business, which opened in 1989, is based on sports trading cards. As its brand has evolved to include other products over the years, the company now creates exclusive memorabilia, gaming products, collectible cards and a wide array of sports trading cards.

The National Hockey League, founded in 1917, is the second-oldest of the four major professional team sports leagues in North America. Today, the NHL® consists of 30 Member Clubs, each reflecting the League’s international makeup, with players from more than 20 countries represented on team rosters. According to a Simmons Market Research study, NHL fans are younger, more educated, more affluent, and access content through digital means more than any other sport. The NHL entertains more than 250 million fans each season in-arena and through its partners in national television (NBCSN, NBC, TSN, CBC, RDS, and NHL Network™) and radio (NHL Radio™ and Sirius XM Radio). Through the NHL Foundation, the League’s charitable arm, the NHL raises money and awareness for Hockey Fights Cancer™ and NHL Youth Development, and supports the charitable efforts of NHL players. For more information on the NHL, log on to Chttp://www.nhl.com/.

The National Hockey League Players' Association (NHLPA), established in 1967, is a labour organization whose members are the players in the National Hockey League (NHL). The NHLPA works on behalf of the players in varied disciplines such as labour relations, product licensing, marketing, international hockey and community relations, all in furtherance of its efforts to promote its members and the game of hockey. In 1999, the NHLPA launched the Goals & Dreams fund as a way for the players to give something back to the game they love. Over the past 14 years, more than 60,000 deserving children in 30 countries have benefited from the players' donations of hockey equipment. NHLPA Goals & Dreams has donated more than $21-million to grassroots hockey programs, making it the largest program of its kind. For more information on the NHLPA, please visit www.nhlpa.com.