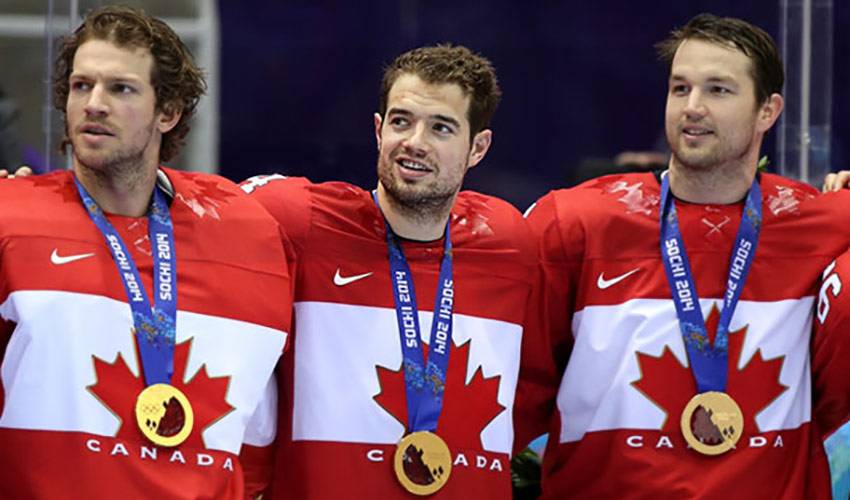 A couple of weeks before Vlasic donned the colours of Team Canada at the recent Winter Olympics Games, the 26-year-old pondered what it would feel like if he and his teammates were to come home with a gold medal.

“When you’re young, you always dream of what it would be like to play for your country, to experience that feeling,” said Vlasic, now in his eighth NHL season. “And when you are chosen to play for the team, you dream about winning it all.”

After a dominating performance by the Canadian side, punctuated by a 3-0 championship win over Sweden, Vlasic, who pointed to his parents and wife in the crowd just prior to the medal ceremony, doesn’t have to wonder any more.

But that doesn’t mean he’s stopped focusing on other goals.

“The day you realize you’ll get the chance to play in the NHL, you think about winning the Stanley Cup,” said the native of Montreal. “To hold it over your head, to share it with your family, friends and the fans – it’s what we all play for.”

A perennial playoff team, the Sharks haven’t had much reason to celebrate in the post-season.

San Jose boasts six divisional championships and one President’s Trophy (awarded to the team who finishes the regular season with the most points), but no conference titles and no Stanley Cups.

The club has made 16 total playoff appearances and lost three times in the conference finals.

“We know we have the pieces in place to be a contender,” said Vlasic, who has appeared in 79 NHL playoff contests. “You look at the balance in the roster and what everyone brings to the table. Hopefully, we can deliver the city a championship. That’s what we’re all focusing on.”

The Sharks got things started on a high note after the Olympic break courtesy of an authoritative 7-3 road win over the Philadelphia Flyers on Thursday night.

For his part, Vlasic had one assist, a plus-three rating and a team-high 21:57 of ice time, as San Jose won their third-straight game.

“Every year, the standings are always so tight,” offered Vlasic. “You have to be consistent night in and night out. You have to do those little things to help get you those two points.”

Which is precisely what Vlasic does, whether it happens to be striking gold or skating for silver.