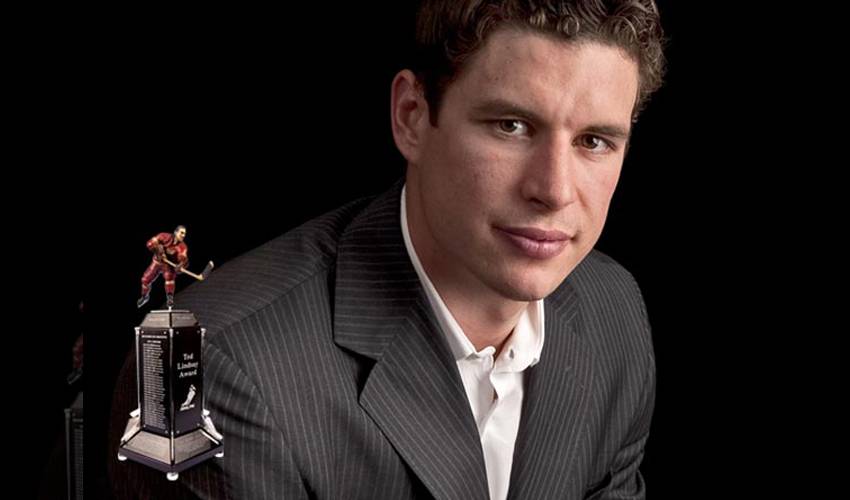 LAS VEGAS (June 24, 2014) – The National Hockey League Players’ Association (NHLPA) announced today that Sidney Crosby is the 2013-14 recipient of the Ted Lindsay Award, presented annually to the “Most Outstanding Player” in the NHL as voted by fellow members of the NHLPA.

Ryan Getzlaf of the Anaheim Ducks and Claude Giroux of the Philadelphia Flyers were nominated by the members of the NHLPA as finalists for the 2013-14 Ted Lindsay Award.

As part of the 2014 NHL Awards from Encore Theater at Wynn Las Vegas, Ted Lindsay presented his namesake Award. Getzlaf and Giroux were also in attendance.

During the 2013-14 regular season, Crosby helped lead the Penguins to the second-best record in the Eastern Conference. He won his second Art Ross Trophy for leading the league in points (104), while he finished first in assists (68), third in faceoffs won (991), first in points per game (1.30), first in even strength points (66) and led all forwards in average ice time (21:58).

In recognition of being named the 2013-14 Ted Lindsay Award recipient, Crosby will receive an elegant men’s watch from Breitling.