A Charitable Day in Pebble Beach 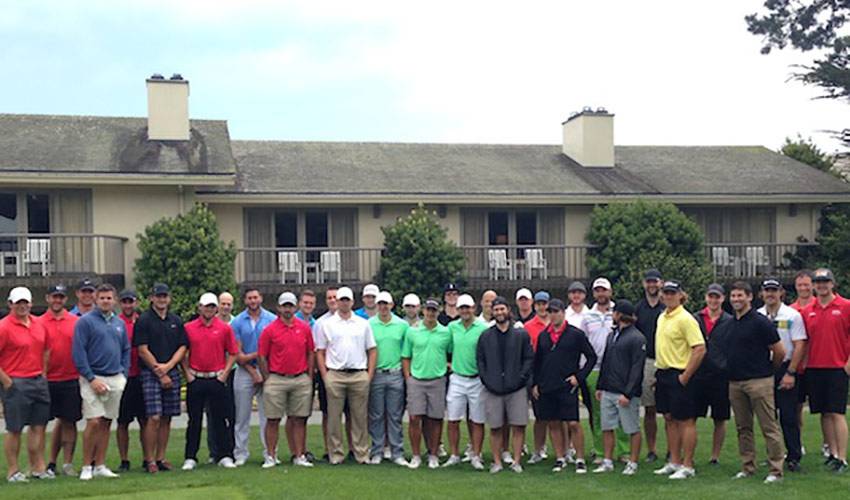 The 2014 NHLPA Golf Classic kicked off on Tuesday, July 15th at the iconic Pebble Beach resort on the Monterey Peninsula in California.

The 22nd annual charity golf tournament saw 6 teams of players - along with a group of corporate sponsors - compete on one of the most iconic courses in all of golf as they played to win a significant donation to their respective charitable organizations.


The Players donated $100,000 this year to the tournament this year, and the Charity Purse was broken down by team. Below are the dollar amounts, as well as the winning teams:

The tournament came to a close with an eventful reception that treated participants to a dinner, silent auction, cheque presentations for the selected charities. The players and guests also had the opportunity to take part in a night time Nike Par 3 Challenge, hitting glow in the dark golf balls to illuminated pins for the chance to win some fantastic prizes.

The links at Pebble Beach served as a striking setting for the 22nd annual NHLPA Golf Classic, providing an unforgettable experience for those in the tournament.

Group shot of #ThePlayers to kick off the 2014 NHLPA Golf Classic in Pebble Beach. #NHLPAPebble pic.twitter.com/C6Mcxxir5q

"Hats on backwards for this one boys!" #windy #NHLPAPebble pic.twitter.com/wDCH86vtqb