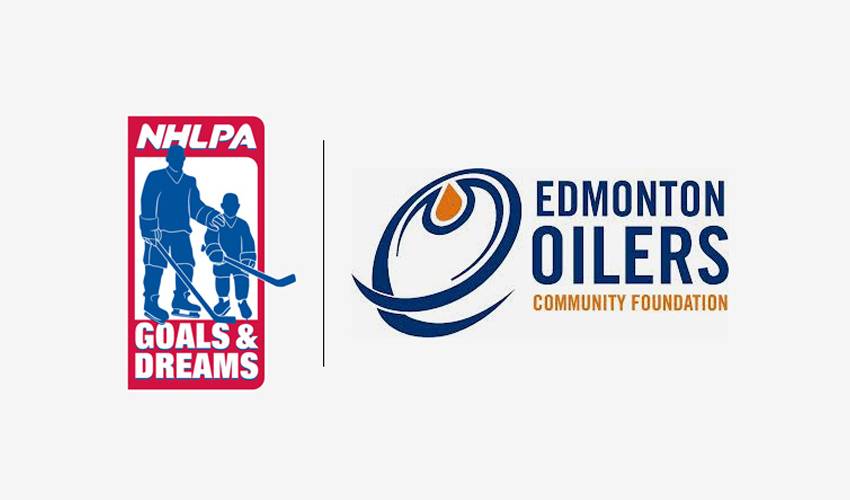 The fan-favourite event generated a net revenue of over $54,000, which was split evenly between the Oilers Foundation and NHLPA Goals & Dreams. The EOCF’s portion was reinvested back into the community and contributed to more than $3 million donated to more than 165 registered charitable groups in our community this past year.

“The Foundation is incredibly fortunate to benefit from the generosity of our fans, friends and neighbours,” said Natalie Minckler, EOCF Executive Director. “Through events such as the Skills Competition, we’re able to continue our legacy of giving back and changing lives in our community.”

NHLPA Goals & Dreams’ portion will also be reinvested back into Northern Alberta through a donation to Sport Central, providing children the opportunity to participate in the sport of their choice with the necessary equipment. The organization’s primary goal is to gather, recycle, and redistribute equipment to kids who would otherwise be denied the opportunity to participate.

“We thank the players for the generous donation from the NHLPA Goals & Dreams fund. It will allow us to expand our programs in Northern Alberta communities,” said Jeremy Herbert, President of Sport Central. “Hockey is obviously a staple for children growing up in Alberta and we’re currently running five pilot projects in five different communities that all focus around the sport.”

The NHLPA is the largest grassroots hockey assistance program in the world. Founded in 1999 as a way for the players to give something back to the game they love, NHLPA Goals & Dreams has contributed over $22 million to grassroots hockey programs in 32 countries. Through the donation of equipment grants, the program has given more than 60,000 deserving children around the world the opportunity to play hockey over the past 14 years.

"Playing sports and learning the early lessons of teamwork, leadership and commitment is integral to any childhood,” said Andrew Ference, NHLPA Goals & Dreams Ambassador and Edmonton Oilers Captain. “NHLPA Goals & Dreams is proud to donate the players' portion of the Oilers Skills Competition funds to Sport Central - a local Oil Country charity that is making the opportunities of sports a reality for many deserving children.”