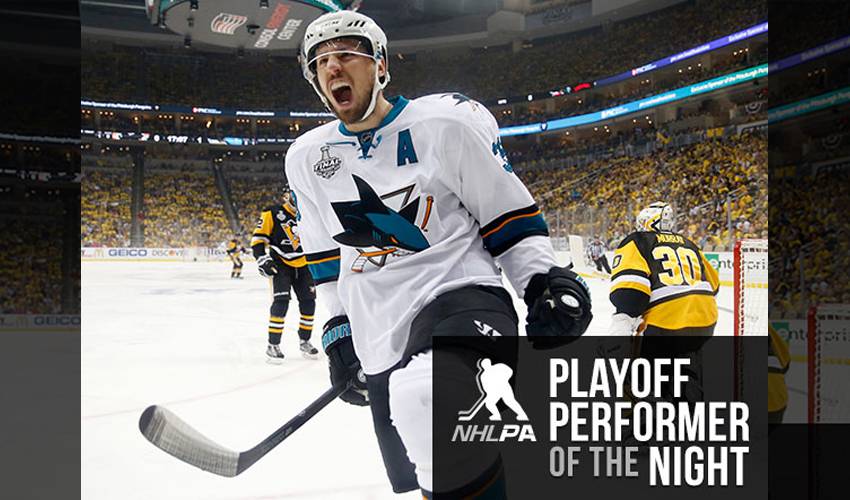 Like thousands of others in the Bay Area of California, Couture has closely followed the disappearance of Sierra LeMar, a teenage girl who disappeared 30 months ago on her way to a school bus stop.

The centreman rallied his teammates to take part in a recent autograph session, a night to raise funds and awareness for LeMar, who was wearing a Sharks hoodie the day she went missing.

“I reached out to Sierra’s parents, telling them I’d like to do something to make sure she wasn’t forgotten,” said the 25-year-old. “I’d been wanting to do something for awhile. The initial conversation was one of the most difficult ones I’ve had in my life. You never know what to say in a situation like that. When we came up with a day and time, I asked the guys if they’d come out to support this. They didn’t hesitate at all. And that doesn’t come as any surprise to me.”

The event was supposed to start at 7 and end at 8:30. A long line-up greeted the players, prompting Couture to confer with the players.

“We were lucky to have so many people come out,” recalled Couture, who received a plaque from Sierra’s parents that bear the words, ‘Your leadership and generosity are greatly appreciated.’ “So, we decided to start at 6:30 and ended up around 9. Every guy was proud to be part of it. Time didn’t mean a thing to anyone.”

It is a close group, both on and off the ice.

While San Jose’s post-season disappointments often grab the hockey headlines, it is far from a fractured team that will take to the ice seeking elusive Stanley Cup success.

Instead, it is a galvanized unit bent on delivering the city its first championship banner.

“We are all in touch over the summer, just checking in and seeing how everyone is doing,” said Couture. “Team chemistry is vital and we have that. We know what want we want to accomplish together and every single guy is committed to that goal.”

With training camps open and the start of the regular season less than a month away (San Jose visits defending Stanley Cup champs Los Angeles on October 8), Couture knows discussing the topic of the Sharks post-season trials and tribulations is inevitable.

But, he is unwavering when it comes to the faith he has in his teammates. His responses to that line of questioning will no doubt reflect that.

Soon enough, Couture and the Sharks will tackle some formidable Western Conference competition.

“Up and down the lineup, you have players that you’re lucky to have on your team,” said Couture. “We all go out and play for one another.”