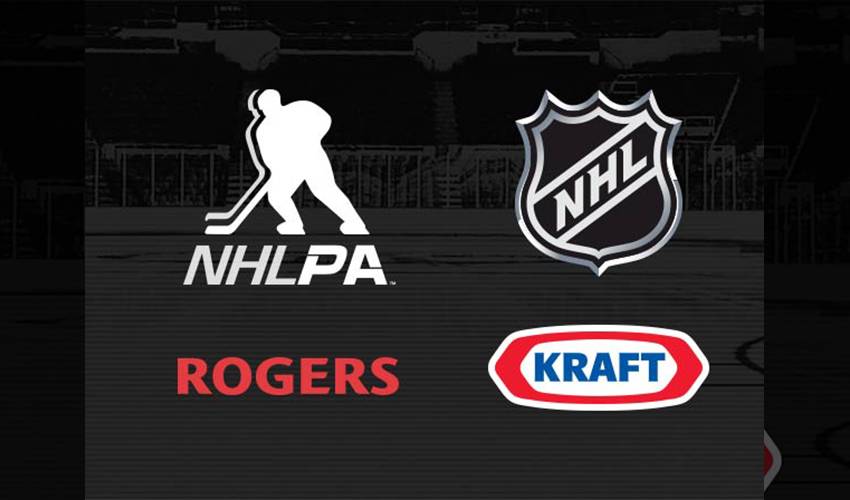 Sylvan Lake, AB – September 24, 2014 – Kraft Canada, the National Hockey League Players’ Association, the National Hockey League, and Sportsnet today announced a new three-year commitment to evolve the award-winning Kraft Hockeyville, focused on helping Canadian communities re-build crumbling arenas coast to coast. Through the commitment, more than $3 million will go to supporting grassroots hockey in 30 Canadian communities over the next three years. More than $500,000 of it will be directed to improving arenas.

“Communities build hockey and hockey builds communities. Arenas are the centre for the sport in every town and city coast to coast. That’s why we’re investing to help them build better places to play,” says Jack Hewitt, Vice President of Consumer Promotions and Scale for Kraft Canada. “The spirit and excitement that Canadians have for this program inspires us. We’ve already heard from communities that want to be a part of next year’s program.”

According to a report published by Hockey Canada in 2005, approximately 45 per cent of Canada’s rinks are already beyond their projected life expectancy¹. In 2015, winning Kraft Hockeyville communities will receive more than $230,000 to go towards arena improvements and updates. Each year, one winning community will also win the opportunity to host an NHL® pre-season game in their hometown, which will be broadcast on Sportsnet.

Since the inception of Kraft Hockeyville eight years ago, more than 40 Canadian communities have received funding for arena improvements. New rink boards and glass were installed and the dressing rooms were renovated at the Benoit Levesque Arena in Roberval, PQ in 2009. In 2006, new lights and a heated seating area were installed and the roof was re-shingled at the storied Deuville arena in Salmon River, NS. In total, $1.6 million has been awarded to date.

Kraft Hockeyville will be promoted during NHL game broadcasts on Sportsnet. The program will be supported by television creative, digital advertising, consumer promotions, in-store displays, and engagement across social media channels. Communities can check out Kraft Hockeyville on Facebook in the coming months to find out more information about the 2015 program at www.Facebook.com/KraftHockeyville.

"Many NHL players began by playing hockey in local arenas like the ones that Kraft Hockeyville invests in," said Don Fehr, NHLPA Executive Director. "The NHLPA is proud to continue our long-standing partnership with Kraft, a company that shares the players’ view that it is important to give back at the local community level."‎

While details about the media plan are still being finalized, Sportsnet is joining Kraft Hockeyville as a proud supporter and media provider.

"Kraft Hockeyville has established an outstanding tradition of supporting grassroots hockey in Canada and making a difference in our communities,” said Scott Moore, President, Sportsnet & NHL, Rogers. “We believe in growing the game across the country through local events and programs and are excited to partner on this terrific initiative.”