October 9, 2014
By:
Catherine FaasRyan Parker
Other News
nhlnhlpaTweets of the Week

The 2014-15 NHL season got underway on Wednesday night and Players around the league took to Twitter to share their excitement. 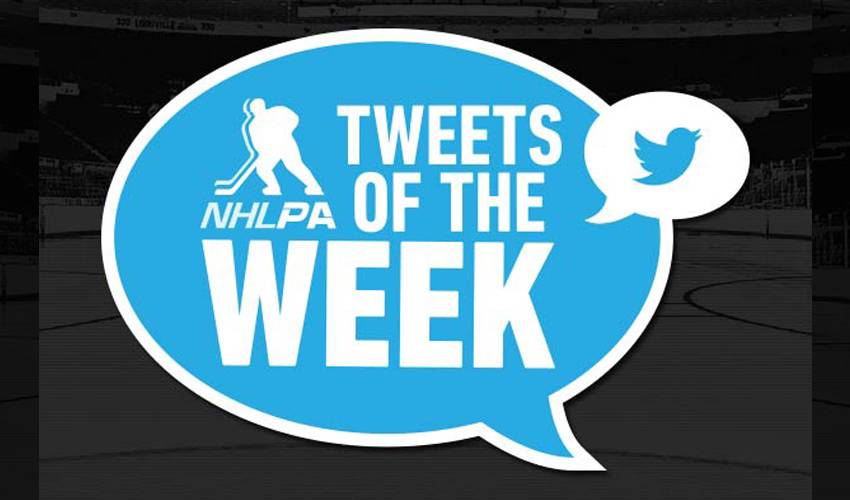 The puck dropped on the 2014-15 NHL regular season on Wednesday night in spectacular fashion. There were NHL Face Off celebrations in both Toronto and Los Angeles and the night featured five fantastic match-ups. Players around the league have been preparing and working towards the start of the regular season and were eager to share their excitement with fans, teammates and fellow players.

Here’s a look at the Top Player Tweets of the Week in relation to the start of the 2014-15 NHL regular season:

Been waiting to say this for a long time now.. It's game day! #OpeningNight #MNWild

Too excited for the first game of the season tomorrow! #Smashville http://t.co/PLuplSRg0q

I'm excited for another season to get going again with anaheimducks #theboys #ducksflytogether http://t.co/Zv4olbzjKj

Get your popcorn ready...Hockey is back!!

Exciting day today, my daughter lost her first tooth! And in related news, hockey is finally back!

Hey @Buccigross the Real Deal @jneal_18 is getting his hair did in East Nashville before the home opener. pic.twitter.com/v9nTVmLCMi

What's the over under on air biscuits @PKSubban1 drops in Bernier's crease tonight? I'll set the bar at 3. Happy hockey season everyone!!!

The Tragically Hip playing a concert in maple leafs square before LeafsVsHabs game. Tell me what's more Canadian than that? Not a whole lot

Excited to get the season started and to hear the fans at the Garden tonight. Let's go Boston! #Bruins