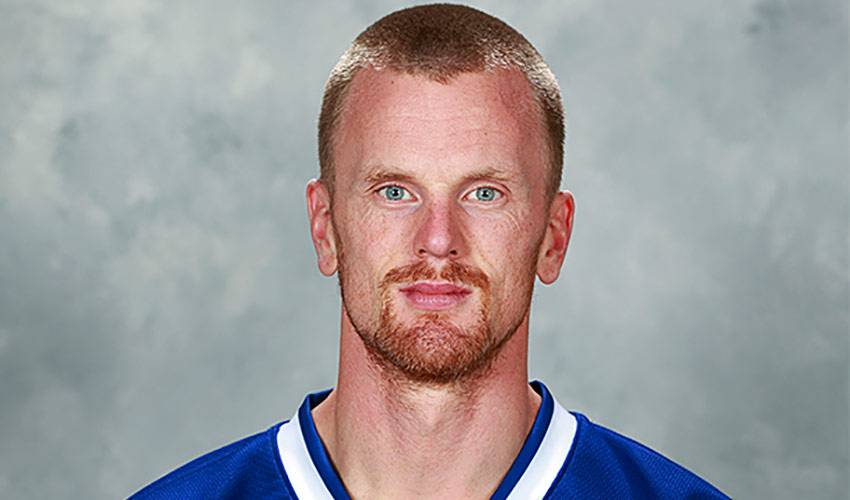 In the early days, Daniel Sedin wasn’t sure how many NHL games he would play in, and 1,000 was certainly not a number that was on his or his brother Henrik’s radar. But after Sunday night’s home win over the Blackhawks, Daniel has become the latest NHL Player to enter into the elite 1,000 games played club, and just the 52nd player in NHL history to accomplish the feat with one team.

Daniel was drafted 2nd overall by the Canucks in 1999, teaming up with his brother Henrik to continue the personal and athletic bond that only twin brothers could share. Daniel quickly emerged as the more prolific goal scorer of the two, consistently putting up strong offensive numbers, including eight seasons of 20 or more goals. He has been a constant presence for the Canucks since arriving in the NHL and helped them become one of the top teams in the NHL over the past decade. With Daniel leading the way, the Canucks captured the President’s Trophy in back-to-back seasons as the top-team regular season team in the NHL in both 2010-11 & 2011-12. Individually, Daniel has been selected to two All-Star Games in his career (2011 & 2012), captured the Art Ross Trophy in 2010-11 and, in the same season, was named the Ted Lindsay Award recipient as the most outstanding player in the NHL, as voted by the members of the NHLPA.

Internationally, Daniel has enjoyed enormous success while representing his home nation of Sweden. His resume includes an Olympic gold medal (2006 Turin), an Olympic silver medal (2014 Sochi) and a gold medal at the 2013 IIHF World Championships in front of Swedish fans in Stockholm.