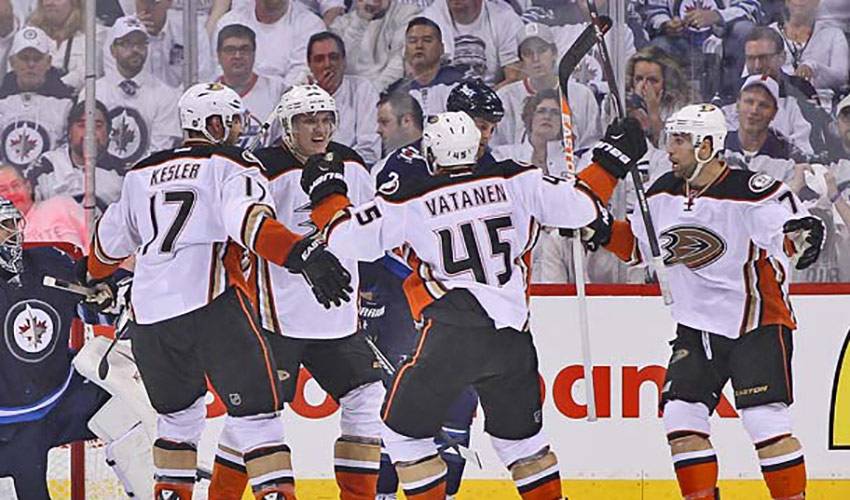 One of Jakob Silfverberg’s most memorable hockey moments was watching a fellow Swede net the gold medal-winning goal on the Olympic stage. On Monday night, the Anaheim forward had an unforgettable game of his own.

Playing in front of a raucous “whiteout” crowd in Winnipeg, Silfverberg and the Ducks quieted the Jets faithful by earning a 5-4 overtime win and with it, a 3-0 lead in their Western Conference quarterfinal series.

A native of Gavle, Sweden, Silfverberg had one goal and two assists.

And while his performance won’t grab the same headlines as Swedish Hall of Famer Peter Forsberg’s golden goal at the 1994 Winter Olympic Games, Silfverberg was no doubt at the top of his game in Winnipeg.

STAT PACK: Silfverberg had the game-winning tally against Winnipeg in Game Two, scoring on his only shot on net, taking 27 shifts in 18:50 of ice time.

NEED TO KNOW: Silfverberg was voted the Best Swedish Forward at the 2008 Under-18 World Championships.

FAVOURITES LIST: Silfverberg notes his favorite hockey moment as winning the Swedish Elite League championship with Brynas in 2011-12, says his favorite show is “The Big Bang Theory” and lists his favorite movie as “The Dark Knight.”

HONOURABLE MENTIONS: Devan Dubnyk (17 saves) notched his first career shutout in a 3-0 Minnesota win over St. Louis. Zach Parise (1G, 1A) also came up big for the Wild. Henrik Lundqvist (23 saves) was at his best in the third period of a 2-1 New York Rangers triumph over Pittsburgh. Andrew Cogliano had three assists in Anaheim’s victory.