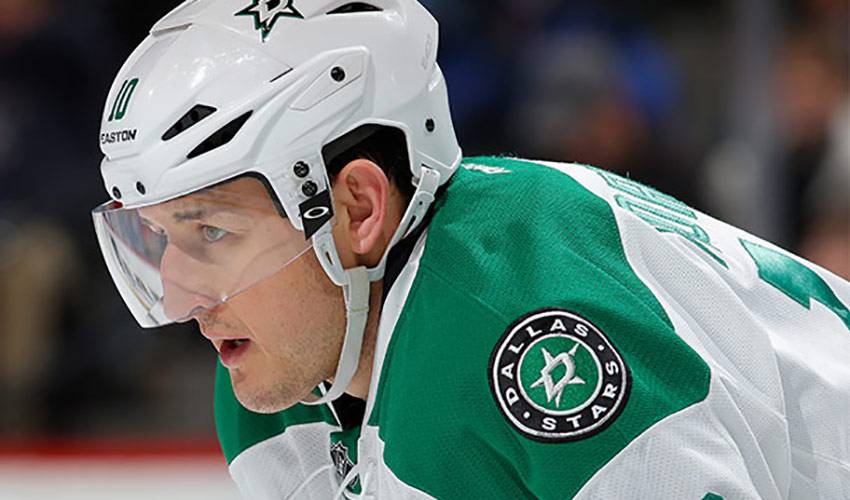 Typically, Anaheim’s Ryan Getzlaf and Andrew Cogliano are at the top of their respective games when the NHL regular season is in full swing.

Horcoff, the veteran centre, who signed a one-year deal with the Ducks, recently found out they are just as impactful away from the rink.

“Getz texted me and welcomed me to the team and I’ve known (former Oilers teammate) Andrew Cogliano for a long time, so we’ve been talking quite a bit,” said the 36-year-old. “The biggest thing for me now is getting a place to live and finding the right school for my kids and they’ve been a big help with that.”

Skating the past two campaigns with the Stars and 796 career games with the Oilers, Horcoff has no shortage of familiarity with one of the Western Conference’s heavyweight clubs.

“I’ve been in the West for 15 years, so I’ve played a lot of games against Anaheim,” noted the native of Trail, BC. “But at the same time, I’m really excited for the opportunity. Playing against them two years ago and watching them this year in the playoffs, they’re a team that’s really close.”

And, as Horcoff happily acknowledges, a team that can do plenty of damage come playoff time.

“Anaheim’s just a team that knows how to win,” said the speedy Michigan State alumnus. “They have big bodies and two (Ryan Getzlaf and Corey Perry) of the best players in the league, in my opinion, up front. They also have a ton of depth, four lines that can all play, and one of the deeper defensive corps in the league. Plus, they have two really solid goalies that will give you a chance to win every night. Not a lot of holes there.”

The 99th overall pick in 1998 is relishing the opportunity to contribute, eager to help the Ducks duplicate last year’s regular season success (they topped the West with 109 points) and erase the disappointment of a conference final playoff exit.

Horcoff is also looking forward to the possibility of reaching the 1,000-game mark with his new team.

“It’s crazy how fast your career goes,” said Horcoff. “You start off just trying to make the team, then trying to play your way up the lineup and then trying to play as long as you can. Next year will be my 16th and it really feels like yesterday when I started out in Edmonton.  I’m still a little ways away from 1,000, but if it happens this year it will be something I’m incredibly proud of.  It’s not easy to last that long in the best league in the world and it’s proof that hard work pays off.

“There’s a lot I’m proud of, but probably the biggest thing is that I’ve been able to play long enough for my kids to watch and remember,” he continued. “Both my son and daughter love being at the rink, watching games, playing with the other kids and terrorizing the locker room after wins. Sharing moments like that with them is a special time for me in my career.”

Between The Bluelines - Shawn Horcoff

The veteran forward gives some insight into learning from veteran players, the current Oilers team and tearing up the scoresheet in his junior hockey days in this installment of 'Between the Bluelines'

BETWEEN THE BLUELINES WITH SHAWN HORCOFF

The Edmonton Oilers veteran forward talks about being star struck, burning up the scoresheet in junior and the leader he has played with in his career in this installment of 'Between The Bluelines'