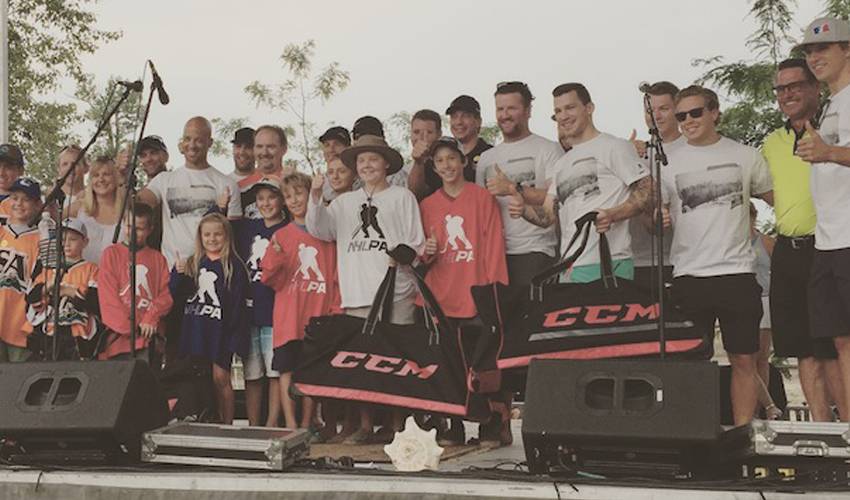 The first ever NHLPA Community Celebration - in partnership with the City of Vernon, Predator Ridge, and Vernon Jubilee Hospital Foundation (VJHF) - brought together NHL players with over 2,000 local fans for a day of beach fun including paddle boarding, autograph and photo sessions with the players, volleyball, SUP polo, and live music. Through ticket sales, and a jersey auction made possible with NHLPA-donated jerseys, $7,000 was raised for VJHF.

Emcee Kelly Hrudey, Mayor of Vernon, Akbal Mund, and approximately 20 current and former NHL players, including Scott Hartnell, Andrew Ference, Curtis Lazar, Jason Chimera, Cam Atkinson, Manny Malhotra, and David Booth were among the celebrities in attendance for the celebration and took part in many of the family-friendly activities.

Here are some highlights from the day:

Group shot of our NHLPA Goals & Dreams fund donation of $50,000 to local hockey programs in the Okanagan #NHLPAvernon pic.twitter.com/RIgjxpA26W

For more fun moments from the day, check out #NHLPAvernon