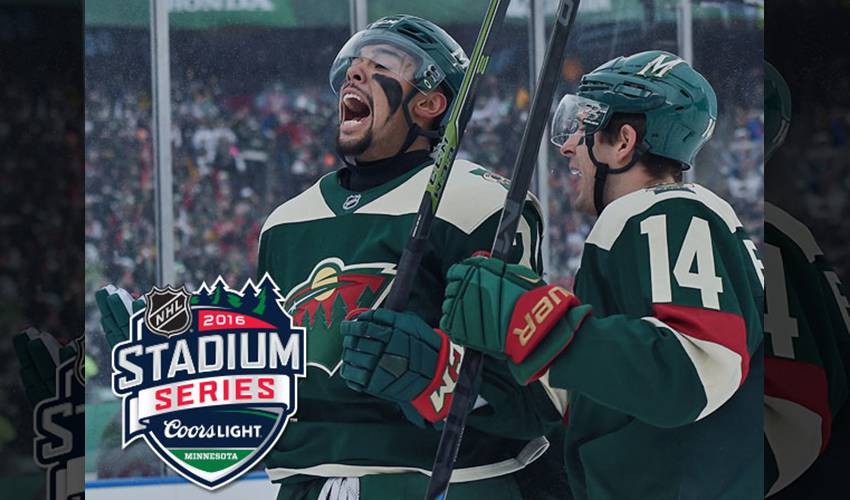 Played in front of 50,000-plus fans at the University of Minnesota’s college football stadium, in what represented the NHL’s 17th open-air hockey event, the lopsided Wild victory left the home side and their supporters beaming.

“I was trying to soak it all up,” said Minnesota defenceman Ryan Suter, who was a plus-3. “Standing on the blue line for the National Anthem and trying to look around and take it all in. TV timeouts, you're definitely looking up into the crowd. It's something that I'll never forget. And it was just awesome. It was such a fun atmosphere and the ice was in great shape. It was just a lot of fun to be a part of.”

After a tumultuous stretch that saw them lose eight consecutive games, as well as 13 of their last 14, seeing their head coach fired, and in peril of plummeting out of the playoff race, the Wild netted their fourth straight win under new bench boss John Torchetti.

Besting one of the league’s top teams – the side that’s eliminated them from the playoffs the past three years - by five goals certainly helps boost locker room morale as the push for the post-season heats up.

“It was incredible,” said University of Minnesota alumnus Erik Haula, who recorded one goal and two assists en route to First Star honours. “Really unique, just to be able to play in these kind of games. It's something you'll probably never forget. And then to play it here is extra special for sure.”

Jason Pominville also chipped in with one tally and two helpers.

“We went through a tough stretch. It's tough when you're scoring one or two goals to get on the score sheet and feel good about your game. But I think Torch has definitely stepped in and kind of gave us freedom to make more plays offensively and came in with new ideas and created a spark for our team. You've seen it with a lot of guys getting on the score sheet, and it's been fun.”

Fun was certainly the order of the day if you happened to be wearing Wild colours.

“It's nice,” said Ryan Carter, a native of White Bear Lake, Minnesota. “It's obviously a team game. When everybody is pitching in, it takes pressure off others too. So to get it throughout the lineup is good. I think there's an extra bit of energy there, too, because everybody's contributing. Everybody's feeling good. And right now we're rolling with it.”

The players are hoping the roll continues after the impressive outdoor triumph.

“Confidence is a big part of the game,” noted Pominville. “When you get it a lot of good things can happen. When you don't, you go through tougher stretches. And we're feeling it right now and as a team it's good.”