Summer Swimming By For Burrows 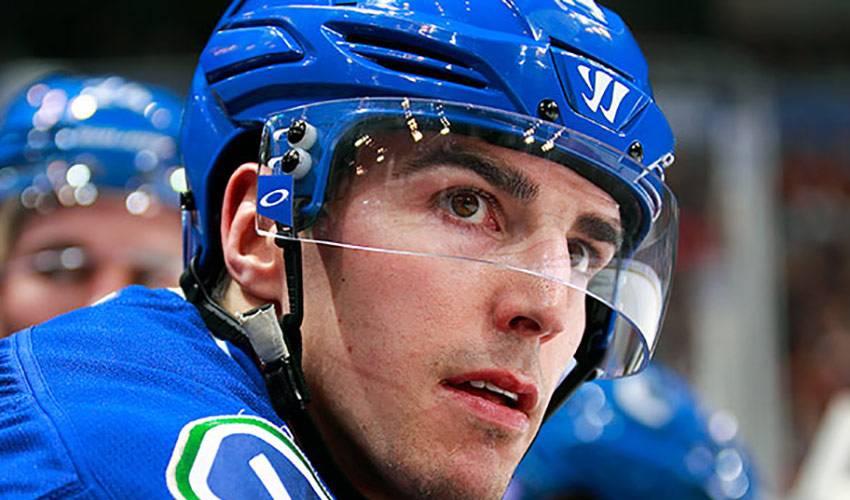 About 15 minutes before he launches his first serve at fellow NHLer Dominic Moore’s annual Smashfest charity ping-pong event in Toronto, Burrows took a few moments to talk about the summer it is and the hockey season that was.

“My summer’s been great,” said the Vancouver forward and alternate captain. “Once we were done playing, I started working out in Vancouver a few weeks later with some of my teammates – the kids were still in school then – so we stayed there and I was able to work out with the guys, the (Sedin) twins, and after a few weeks, we came back to Montreal. I’ve been working out with other players every morning since that time.”

Burrows has also been busy making daily trips to the local pool where he watches his young kids perfect their swimming techniques.

“There’s been a lot of family time with the kids,” he noted. “We are at the swimming pool quite a bit – that’s lots of fun with my three-year-old and five-year-old. They are really swimming well now, no floaties at all. They love it. It’s great to watch them enjoying it so much.”

And while he delights in seeing them sharpening their backstroke and butterfly abilities, the 35-year-old admitted hockey is never completely out of his thoughts.

A 31-38-13 record in 2015-16 and a sixth-place finish in the Pacific Division are highly motivating reminders for Burrows and his teammates.

“You don’t think as much about hockey in the summer, but it’s always in the back of your mind with the new season getting closer,” said Burrows. “I know when we left Vancouver, our main goal was to come back in great shape, to have a much better year and to get back into the playoffs. That’s our goal and that’s what we’re training for right now.”

Burrows isn’t bristled at being a less-than-popular post-season pick by NHL prognosticators.

“We’ll be underdogs for sure. The so-called experts won’t put us in the playoffs. Edmonton is looking good. The California teams are looking good. The Flames are going to be strong with their new coach. There are so many good teams.”

The veteran of 767 regular season games believes the Canucks can be one, too. He also acknowledges that flying under the radar isn’t such a bad thing.

“Exactly. Less pressure. But when you play in a Canadian market, you know you need to find a way to win. Especially last year – we’re a much better team than that. Hopefully, we showcase that this year.”

Until then, workouts, pool time and keeping tabs on the youngest member of the Burrows clan will take top priority.

“My little baby – he’s just eight months old – he’s just starting to look around and crawl around, so you have to keep an eye on him.”

No need to ask if he has his eye on October 15, Vancouver’s season opener at home against Calgary, right?