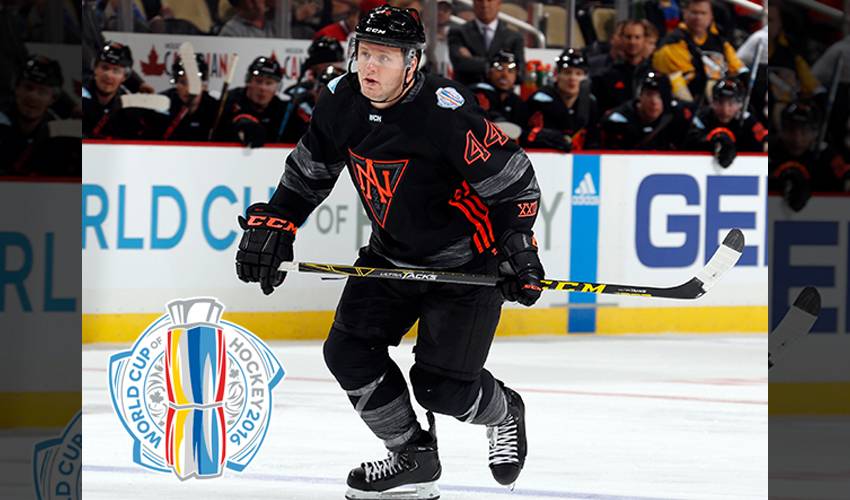 Morgan Rielly might be mum when it comes to what he won during his visit to the Canadian National Exhibition (CNE), but he has plenty to say about the upcoming World Cup of Hockey.

Near the end of August, the 22-year-old Rielly took to Twitter and noted his upcoming trip to Canada’s largest annual community event:

Feels great to be back in Toronto. Always love coming home. Does anyone know if there are mini donuts at the @LetsGoToTheEX ? 🍩

.@mriles4 @MapleLeafs @LetsGoToTheEX yes there are. Check out Tiny Tom's. Don't eat too much, it's almost training camp! 😏

“I love going to the CNE,” said Rielly. “The food, the atmosphere – there’s always so much to see and do.”

While he admitted he fared well at the carnival games, Rielly playfully resisted disclosing the specifics of his haul.

“Maybe I’ll just keep what I won a secret,” he said with a laugh. “It was a great day all around. We had a lot of fun.”

Now, Rielly has his eyes on another prize, namely, teaming up with the players that comprise the Team North America entry at the upcoming World Cup of Hockey tournament.

“I’ve been really looking forward to it,” said Rielly. “It’s a very cool tournament and to get to play with great young players is special. It will take some time to gel, obviously, but when you look at the group that’s been put together, you feel good about it.”

Rielly is also feeling good about having Auston Matthews as a World Cup teammate.

“Getting to play with Auston is a lot of fun,” said Rielly, of the highly touted centre selected first overall by the Maple Leafs in June. “For us to be able to play together and play in Toronto – it doesn’t get much better than that.”

Rielly had one shot and one hit, along with 20:55 of ice time, in North America’s 4-0 win over Team Europe in an exhibition game on September 8.

On September 11, he scored one goal in 19:31 of ice time, as North America bested Europe in another exhibition matchup.

“This (World Cup) is definitely something you marked down on the calendar,” said Rielly. “You looked forward to that puck dropping and getting it going.”