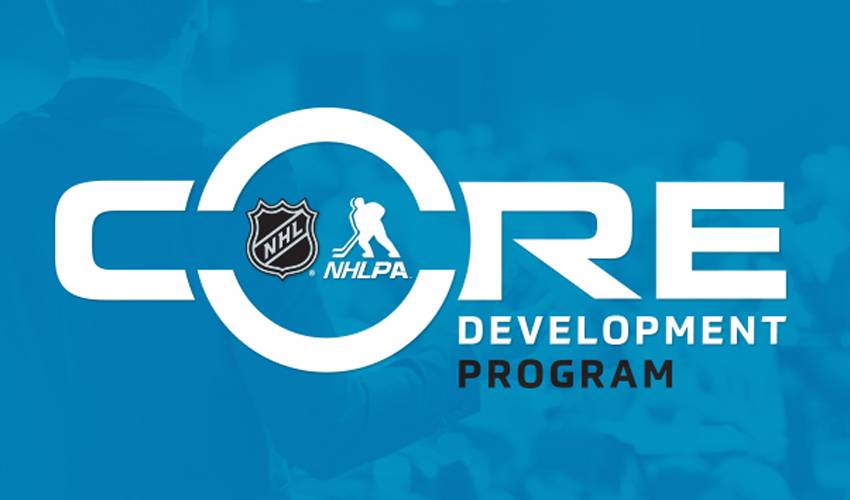 Through engagement in CDP, the NHL and NHLPA aim to promote and facilitate healthy and productive lives for all Players during their NHL careers, and will help them transition to life and their post-playing careers. The launch of CDP coincides with the opening month of the 2016-17 season. It was created to provide NHL Players with information, resources and services to enhance their career experience. The goal of CDP is two-fold: (1) to provide Players with an opportunity to develop a path to success off the ice; and (2), to provide Players with a customized strategy to enhance their overall performance during their playing career. CDP is designed to create opportunities to identify or complete educational endeavors, augment financial goals, build networking skills, establish key professional networks, and create strong philanthropic, business and career foundations.

“We are extremely excited to be in a position to offer programs to Players, beginning early in their careers. Recognizing the importance of these programs throughout professional sports, we believe this will help Players reach their full potential on and off the ice,” said Mathieu Schneider, NHLPA Special Assistant to the Executive Director. “Player input was crucial in building the Core Development Program, together with the NHL, and it will continue to be very important as the program grows. Due to our diverse membership, it is designed to be flexible and customized to meet many individual needs.”

“The development of a hockey player involves proper training and education both on the ice and off,” said NHL Deputy Commissioner Bill Daly. “We and our partners at the NHL Players' Association have developed the new CDP, along with our existing Rookie Orientation Program, in an effort to provide our Players with the strongest possible foundation of tools and resources to enhance their overall NHL experience. This Program will afford our Players with the opportunity, not only to maximize their performance on the ice, but also the opportunity to advance their lives -- and quite possibly the lives of others -- off the ice as well.”

CDP is the newest educational program operated as part of the NHL/NHLPA’s Player Development Program. Further to the newly created CDP, the NHLPA and NHL also administer other development programs, including the Rookie Orientation Program (ROP). Now in its fourth year, the ROP reaches Players early on in their NHL careers and is designed to enhance Players’ life skills — both generally and as they relate to life in the NHL. Over the course of three days each summer, approximately 80-90 young NHL Players attend the ROP, where they are educated on a number of topics.