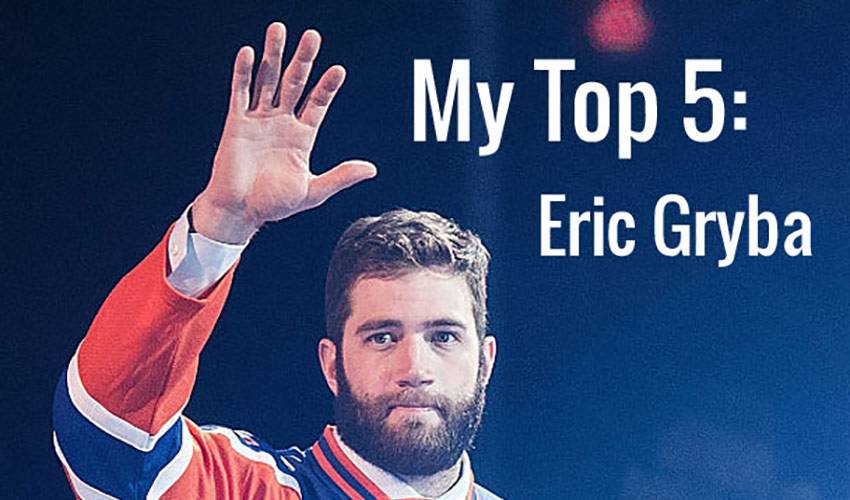 Although his first NHL game – on February 16, 2013 – didn’t get off to the greatest of starts, Eric Gryba has gone to skate in over 220 big-league contests.

“I was with Ottawa and we were playing in Toronto,” recalled the defenceman. “I was pretty excited. I think it was on my second shift, the Leafs score and there you are, I’m a minus-1 right off the bat.”

Now, in his second season with Edmonton, the 28-year-old Saskatchewan native has played his part in helping the Oilers gate out of the gates quickly to be one of the League’s top teams.

Top 5 places to play on the road

“It’s where I went to college and it’s such a great city. It’s so awesome. I love going to the north end whenever I get the chance. I really enjoyed my time there when I was in school.”

“Chicago’s an unbelievable city as well. The city itself is so good because there’s so much culture and so many great restaurants. I certainly enjoy going to Chicago – so much history there. It’s also a very cool building to play in.”

“I love playing in the ‘Joe.’ There is just so much history there. The amount of history, the Cups they’ve won – you walk in, it’s such a character building.”