Four NHL legends will have their legacies forever enshrined with one of hockey’s greatest honours as the Hockey Hall of Fame welcomes the class of 2016. In the first of a four-part series, we look back at the career of Rogie Vachon. 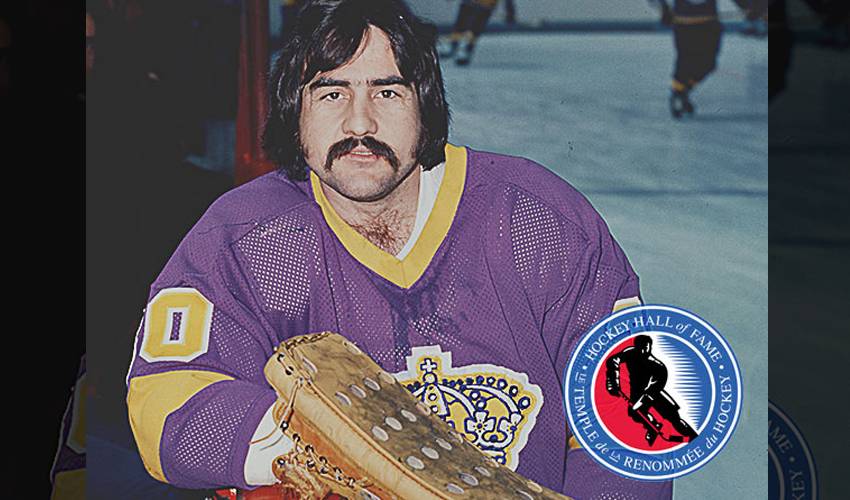 It was a different era, and if he wasn’t between the pipes, there’s a chance he may have been smoking one. 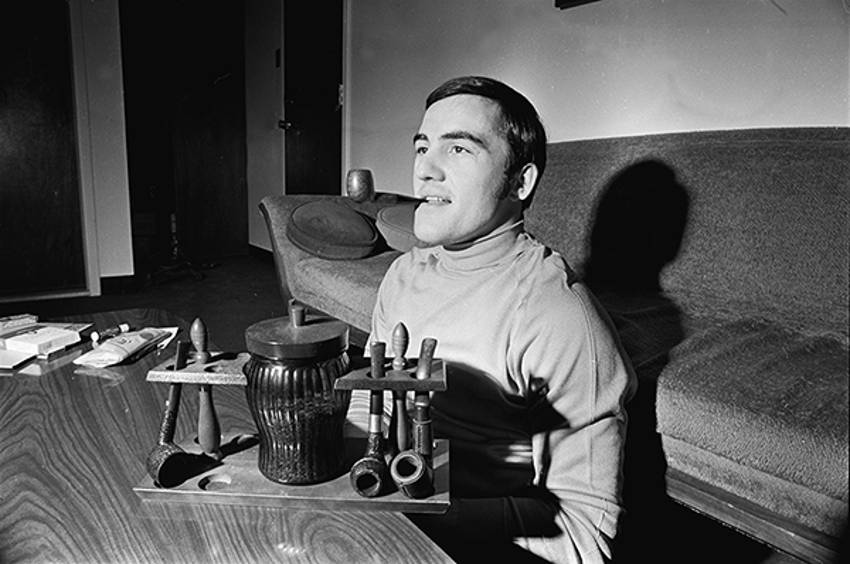 Rogatien Vachon of the Montreal Canadiens joke around on a bus circa 1960's in Montreal, Quebec, Canada. / Courtesy of Getty Images 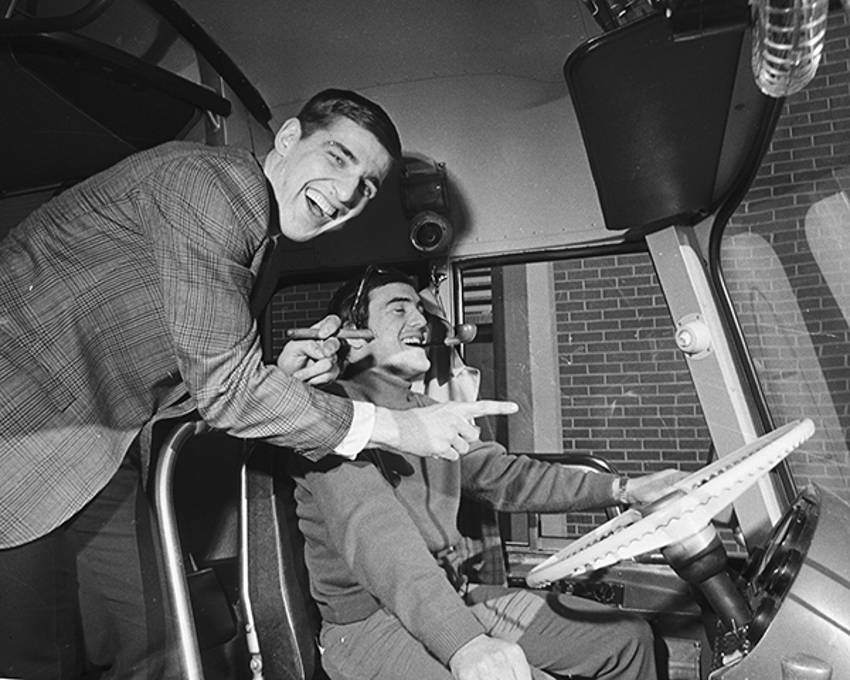 Serge Savard and Rogatien Vachon of the Montreal Canadiens joke around on a bus circa 1960's in Montreal, Quebec, Canada. / Courtesy of Getty Images

After winning three Stanley Cups with the Habs in the first five seasons of his career, it’s hard to imagine that some of the best years of Vachon’s career were yet to come. So let’s go back to the beginning, before the blockbuster deal that sent a small town Canadian boy packing for California to put the Kings on the map.

No, this is not a Wayne Gretzky interlude. Vachon’s journey may have been a prelude to the franchise growing in popularity and into perennial cup contenders.

A native of Palmarolle, Quebec, Vachon joined the Montreal Canadiens in the 1966-67 season when star goaltender Gump Worsley was injured. He quickly assumed the role as Canadiens’ starting goaltender, and come playoff time, all eyes were on the 21-year-old. He led his team’s sweep of the New York Rangers to get them to a Stanley Cup Final date with the Toronto Maple Leafs.

“Tell that Junior 'B' goaltender that he won't be facing New York Ranger peashooters when he plays against the Leafs."

He won the series opener 6-2, to which Imlach responded, "Vachon's still Junior 'B,' but he's the best Junior 'B' in the country."

The Canadiens eventually fell to the Maple Leafs in the series, but Rogie had earned his spot. Vachon is quoted as saying,

"I was very lucky to play for the Montreal Canadiens at the start of my career. My first shot on net was a breakaway by Gordie Howe. I stopped it and it kept me in the league for 16 more years."

Rogie began the 1967-68 season as the number one goalie in Montreal. He won the Vezina Trophy alongside a healthy Gump Worsley, which at the time went to the team that yielded the least goals against, and went on to win the Stanley Cup in the same year. After being an important part of two consecutive Stanley Cup championship teams, there was a new rookie in town, and you may have heard of him, Ken Dryden.

In the latter stages of the 1970-71 season, it quickly became apparent that Dryden would be the go-to netminder for Montreal, prompting Vachon’s request for a trade, and bringing us to November 4, 1971.

Vachon thrilled the West Coast, setting numerous franchise records along the way, most notably in career games played by a goaltender (389), most career wins (171), most career shutouts (32), and most shutouts in a season (8). All of them have since been surpassed, but as the old adage goes, records were meant to be broken.

A twist of fate in the hockey world was provided in 1976. With Ken Dryden hurt, Vachon was selected to represent Canada in the Canada Cup tournament. Vachon played brilliantly. He won six games and lost one single game, while posting two shutouts with a .940 save percentage and a 1.39 goals against average. Vachon was matched by Czechoslovakia’s Vladimir Dzurilla on the other end of the ice and, in a true gesture of sportsmanship and mutual respect, the two goalies traded jerseys afterwards. 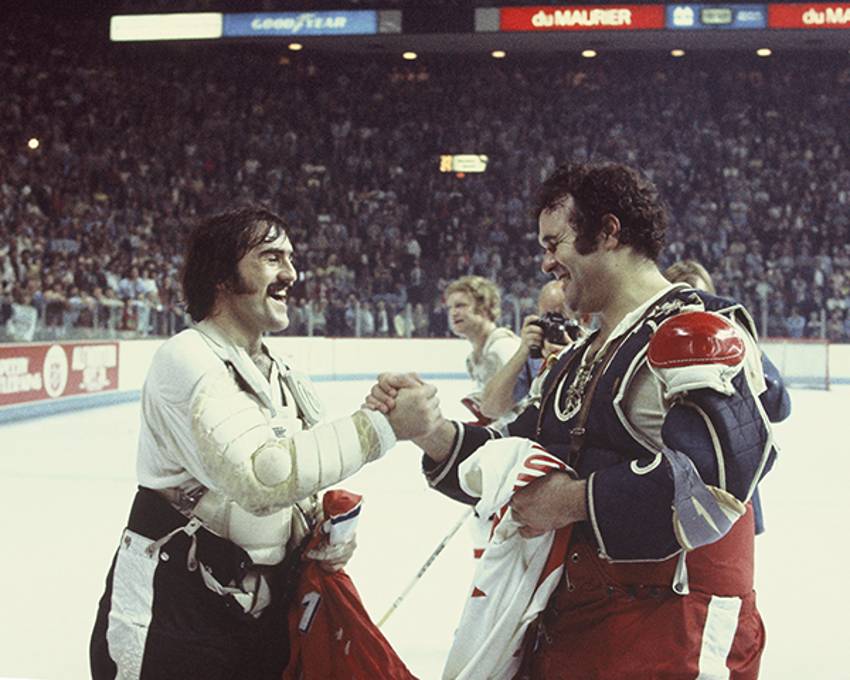 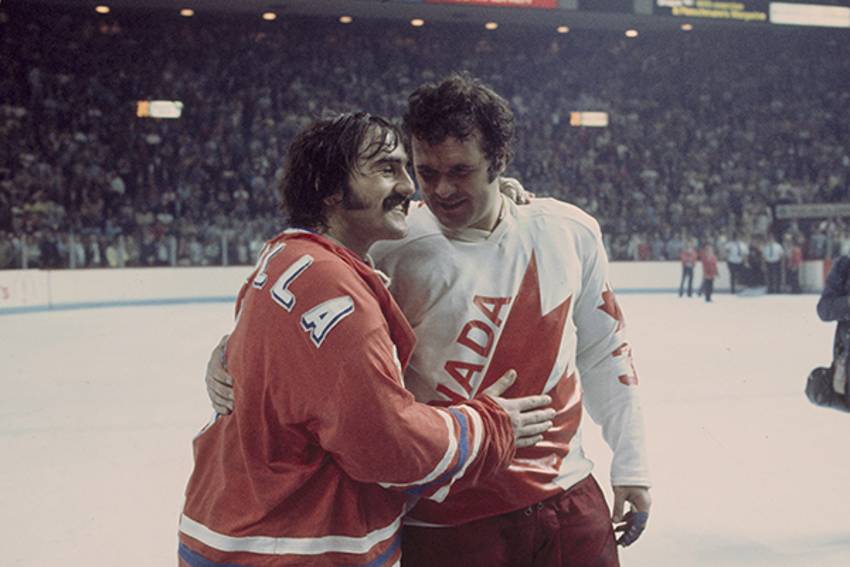 Vachon began a three-year tenure with the Detroit Red wings upon signing for the 1977-78 season, and was traded to Boston in 1980. He played two seasons with the Bruins before his retirement.

Throughout his Hall of Fame career, Vachon consistently provided outstanding play in net and showed that his small stature of 5’7” and 170 lbs. would not hold him back from success. In 795 regular season NHL games, Vachon accrued 355 wins while posting 51 shutouts. In 48 NHL playoff appearances, he posted 23 wins and two shutouts.

His playing days behind him, Vachon had a desire to stay in the game and did so with the Kings. In 1982 he took on the role of Assistant Coach, and served as interim Head Coach on three separate occasions. He also acted as General Manager of the franchise from 1984 to 1992, a time period that included when the Kings most notably acquired Wayne Gretzky.

Vachon also held the titles of Team President, Chief Hockey Operations Officer, Assistant to the Owner, and Vice President of Special Projects with the Kings.

On February 14, 1985, the Kings gave Vachon quite the Valentine by retiring his number 30 – the first number retired in franchise history.

Rogie Vachon will be inducted into The Hockey Hall of Fame on November 14, 2016 alongside Eric Lindros, Sergei Makarov, and Pat Quinn.