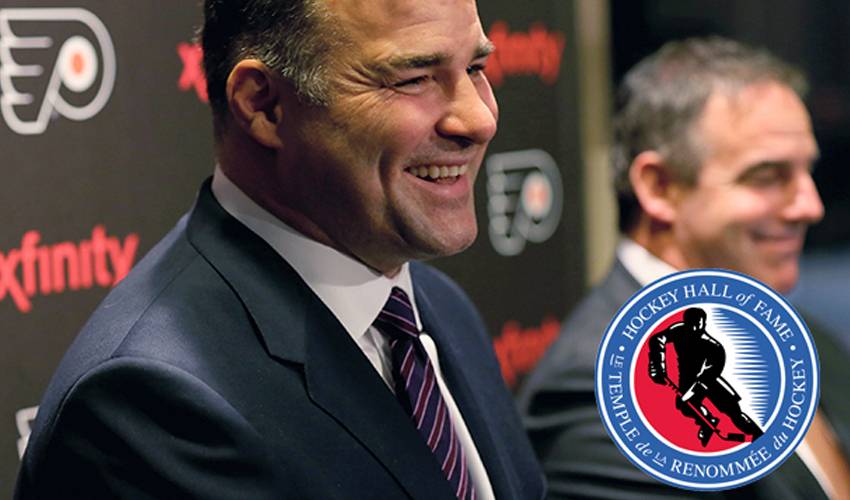 Eric Lindros’ career may have begun with controversy, but it ended with certainty.

Two Olympic medals. One Canada Cup. Thirteen-season NHL career, in which he averaged over a point per game. Add it all up, and you’re going to get a well-deserved ticket to the Hockey Hall of Fame.

The power forward made waves in the hockey world from an early age. He joined the Oshawa Generals midway through the 1989-90 season, and tallied 36 points in 25 games en route to winning the Memorial Cup.

He rang in the 90s the next season by leading the OHL in scoring with 71 goals and 78 assists for 149 points, winning both the Eddie Powers Memorial Trophy as the league’s top scorer and the Red Tilson Trophy for his outstanding play.

Lindros had it all. Size, strength, and speed – a generational talent who was drafted 1st overall in the 1991 NHL Entry Draft by the Quebec Nordiques.

If you don’t know the story surround his selection, there were a lot of elements. To hear some of it, skip ahead to the two-minute mark of this video for context from some vintage Coach’s Corner.

Warning: if you do skip ahead, you’ll miss Ron MacLean calling out an atypical Don Cherry suit.

Amid the ensuing drama with the Nordiques, Lindros was busy. He scored three goals as part of the 1991 Canada Cup gold medal team, and notched five goals and six assists helping Canada win silver at the 1992 Olympics. Through three World Juniors, he aided two championship teams in 1990 and 1991, becoming the all-time scorer (31 points) for Canada in tournament competition. 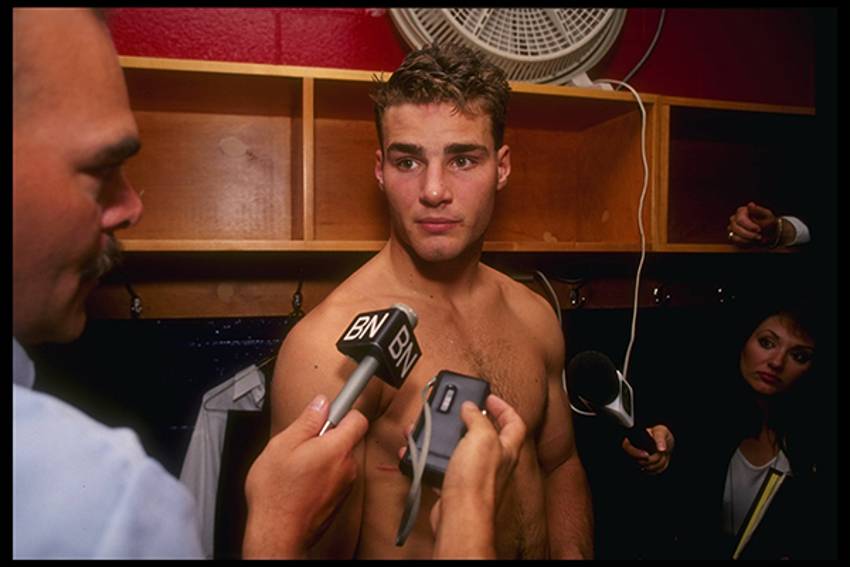 
All before skating in an NHL game.

After a significant trade that sent him to the Philadelphia Flyers in 1992, he played his first season with the Flyers in 1992-93 and did not disappoint. He posted 41 goals, 34 assists, and proved his physicality with 147 minutes in the penalty box. At the 1993 World Championship, he led the tournament in scoring with 17 points in 12 games.

In 1994-95, he netted 29 goals with 41 assists for a 70-point lockout-shortened season. He was judged by his peers in the NHLPA and the Professional Hockey Writers’ Association alike by taking home the Lester B. Pearson Award (now the Ted Lindsay Award) as the most outstanding player in the NHL, and the Hart Memorial Trophy as the league’s MVP. 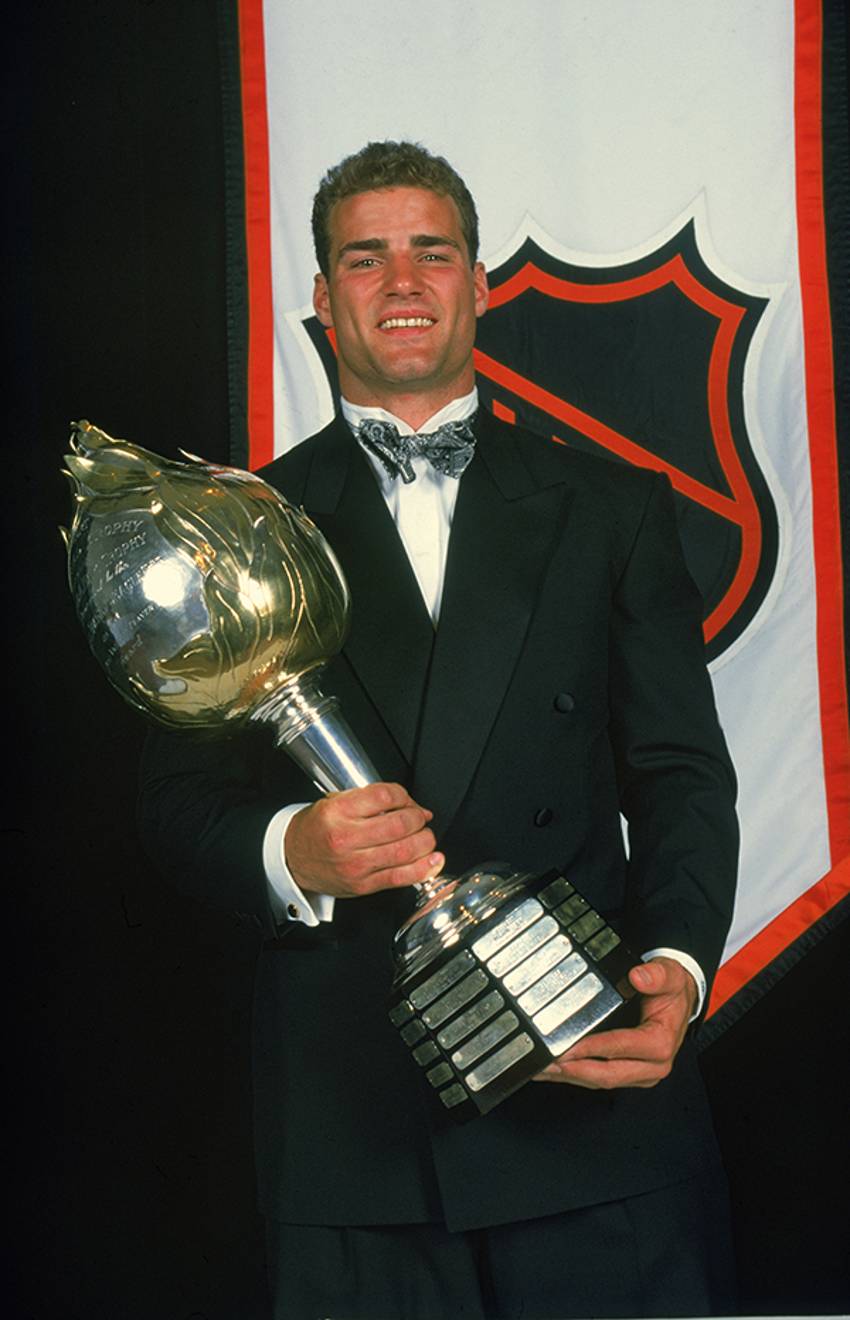 ​Eric Lindros wears a tuxedo as he holds up the Hart Memorial Trophy, given to the League's most valuable player, at the NHL awards night, Toronto, July 6, 1995. (Photo by Bruce Bennett Studios/Getty Images) ​

He followed it up the next season with even bigger numbers, posting a career-high 115 points with 47 goals, 68 assists, and 163 penalty minutes in the regular season.

In 1996, he also represented Canada in silver performances at the World Cup of Hockey, and the World Championship. Lindros was summoned to the international stage twice more, serving as captain at the 1998 Winter Olympics and capping off his international career with Canada’s historic gold medal-winning team in 2002. 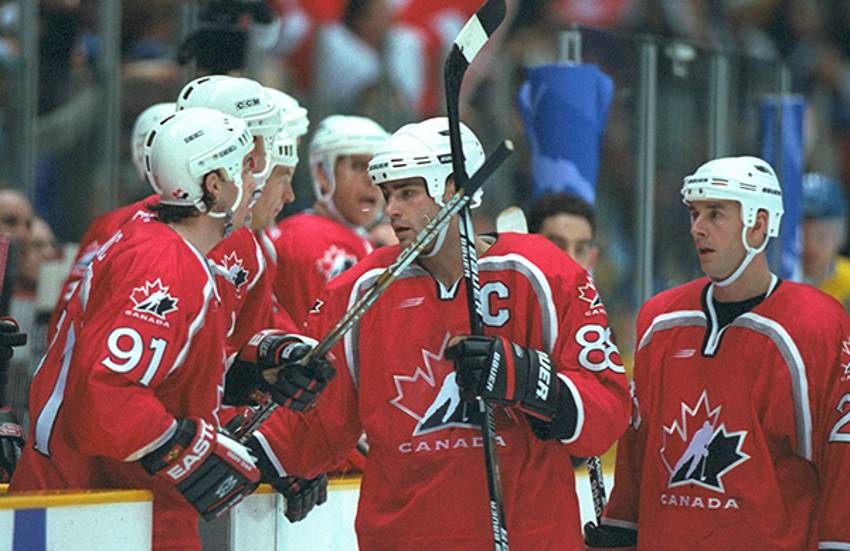 Feb 14 1998: Eric Lindros of Canada heads for the bench during a time out against Sweden at Big Hat Arena during the 1998 Winter Olympic Games in Nagano, Japan. (Photo by Todd Warshaw/Allsport via Getty Images)

After eight seasons with the Flyers, the centre was traded in 2001 to the New York Rangers, where he played for three seasons prior to spending a single season with the Toronto Maple Leafs in 2005-06 and one final season with the Dallas Stars in 2006-07, before retiring at the age of 34. 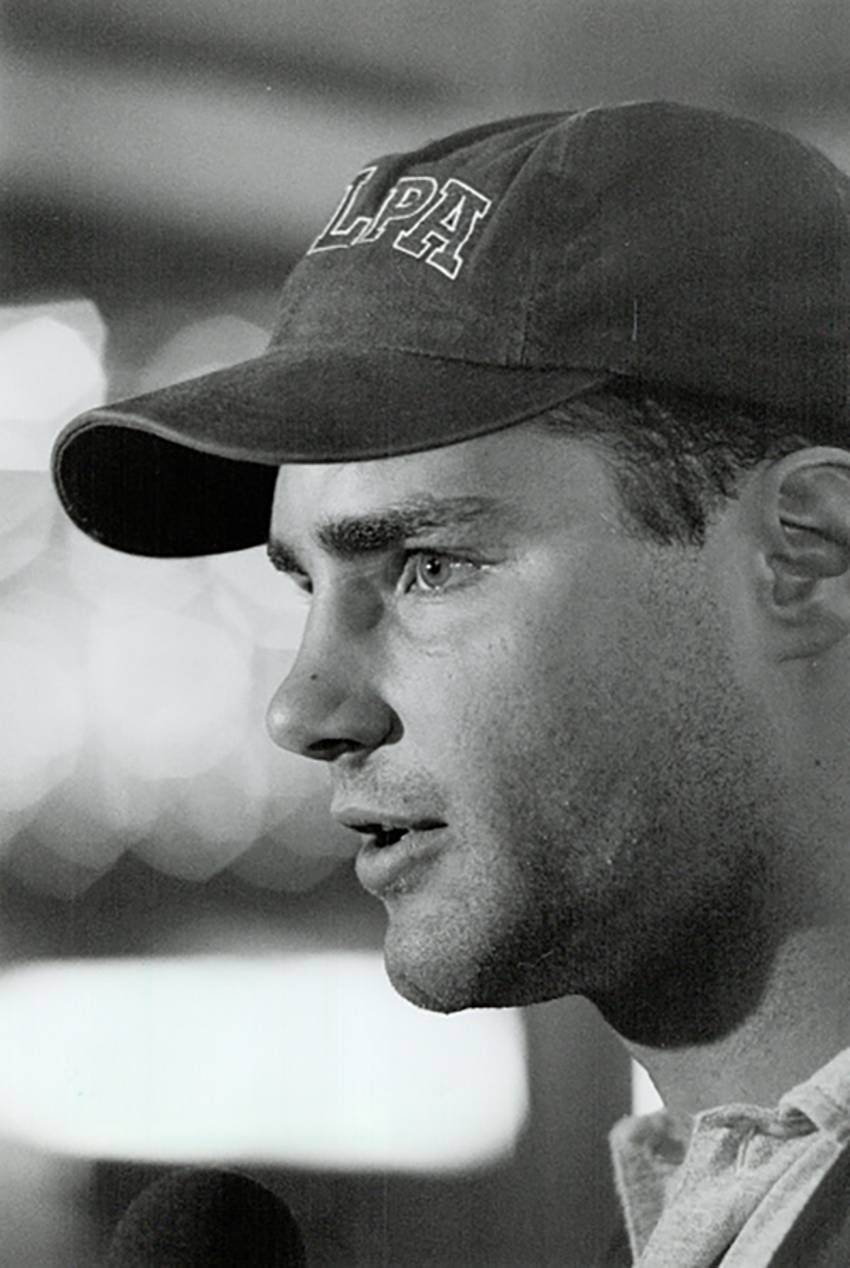 Lindros also was actively involved in the NHLPA as a member and later joined the organization in 2007 after his retirement, serving as ombudsman from 2007 to 2009, while also supervising the Association’s divisional player representative program.

Amazingly, Lindros donated $5 million to the London Health Sciences Centre in November of 2007. He continues to use his legacy for the greater good with charitable efforts, such as his recent involvement with Easter Seals where he helped raise over $300,000 for kids with disabilities though the Eric Lindros Celebrity Hockey Classic, and his work in support of concussion research.